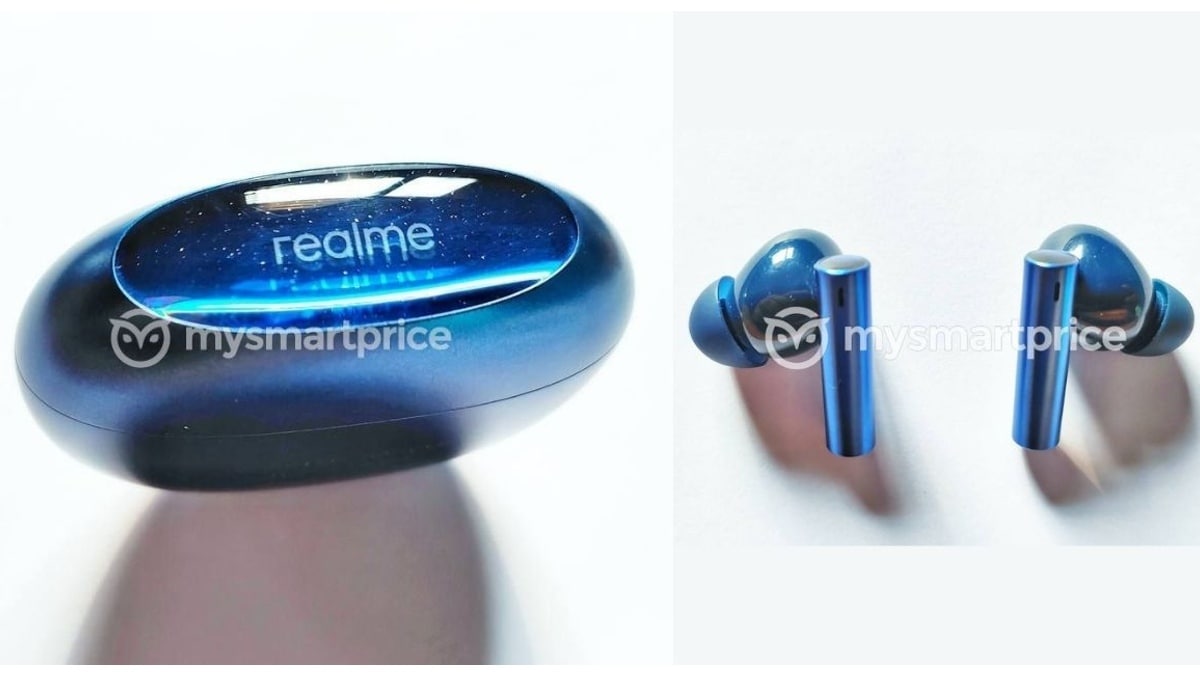 Realme Buds Air 3 true wireless stereo (TWS) earphones India launch will take place later this month, as per a report. The earphones are said to be launched in two colour options. The rumoured TWS earphones will be the successor to the Realme Buds Air 2. Meanwhile, another report has tipped the specifications, price, and features of the Realme Buds Air 3. They are claimed to come with active noise cancellation (ANC), in-ear detection, dual device connection, and USB Type-C charging.

As per a report by MySmartPrice, the rumoured Realme Buds Air 3 earphones will be launched in India in February. However, the exact date of the launch has not been leaked. Realme is speculated to unveil these earphones on February 16 — the same day it will launch the Realme 9 Pro and Realme 9 Pro+ smartphones in India. The MySmartPrice report also claims that the Realme Buds Air 3 will be available in Galaxy White and Starry Blue colours, and the Chinese company may add more options later.

Realme Vice President Madhav Sheth on his latest ‘ask me anything’ (AMA) session said that the company is planning to launch the successor to the Realme Buds Air 2 earbuds in this quarter.

In a previous report, the publication had revealed the price, a few key specifications, and features of the TWS earphones. It said that the Realme Buds Air 3 expected price in India could be under Rs 4,000, and may match the Realme Buds Air 2 launch price of Rs. 3,299. They will feature an in-ear design similar to the Realme Buds Air 2, the report said. The earphones are said to pack a triple microphone setup and offer active noise cancellation along with a transparency mode. Reportedly, there will also be an option to provide a customised audio experience.

Furthermore, there are claims of a low latency game mode on the Realme Buds Air 3. They could have a Bass Boost+ mode, and an in-ear detection feature that pauses the playback automatically as soon as one of the earbuds is removed from the ear. For connectivity, the earphones are tipped to come with Dual Device Connection feature that will allow users to connect them with two devices at the same time.

As far as the battery is concerned, the Realme Buds Air 3 earphones are said to offer a total of 30 hours of battery life without ANC and be equipped with a Type-C charging port.