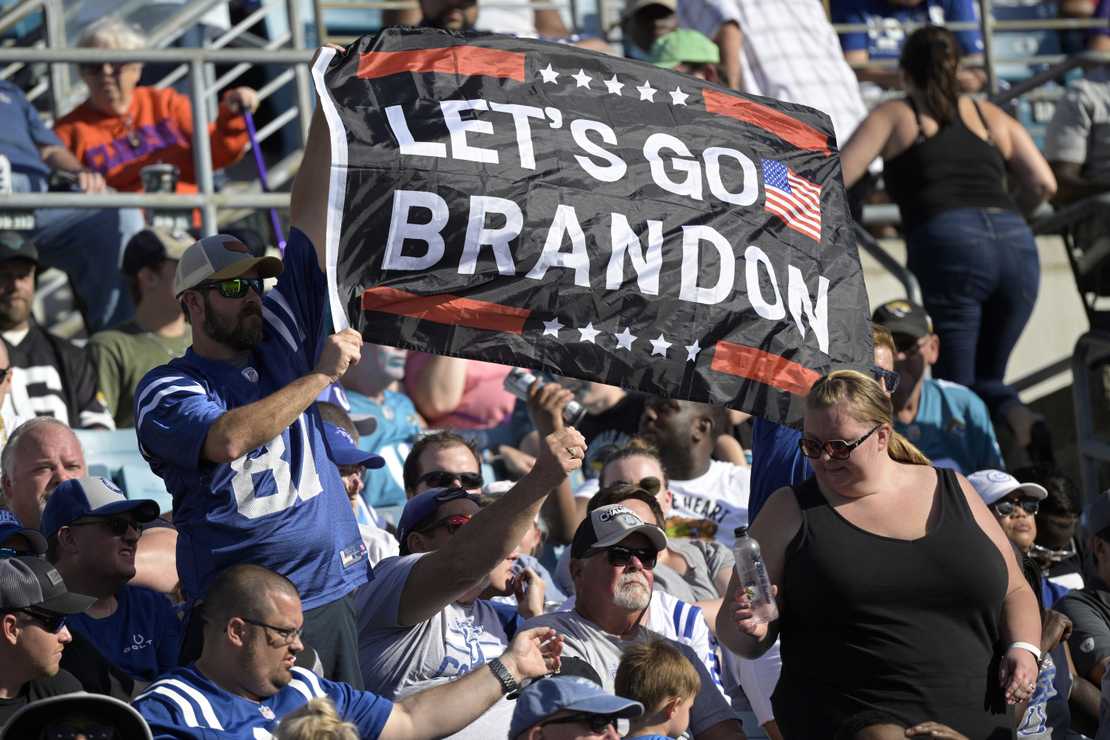 Though I’m a media analyst with some three decades or so of experience in analyzing and dissecting the media, I’ll be the first one to admit that I’m not a “media expert” (though I’ll put my creds up against self-styled “expert” Brian Stelter’s any day of the week).

But while I’m also not a mechanic, when I smell a strange odor or hear a weird noise coming from my car, I know something’s wrong with it. I have that same instinct when it comes to bad journalism, which brings me to the inspiration for this post.

We’ve previously reported on the media’s obsession with painting anyone who uses the “Let’s go, Brandon” expression (code for “F*** Joe Biden”) as a wannabe “insurrectionist” or whatever, even though using expletives to express one’s disdain for occupants of the Oval Office goes back centuries and, last I checked, was considered protected First Amendment speech.

And as recently as the Trump years, we were reliably told by the press that such gestures as flashing the middle finger at the POTUS as he rode by in a motorcade was considered one’s “patriotic duty.”

But we now have a Democratic president again, and so naturally, the rules have been changed in order to Protect the Precious. And as such, the New Rules give us questionable “reporting” like the story below, in which the police chief of a small town in New Jersey (population 93,000) gets blown up by a Daily Beast “reporter” for the sin of wearing a “Let’s go, Brandon” pro-Donald Trump sweater at a Christmas party:

Experts and residents were enraged at the embrace of a far-right catchphrase at an “Ugly Sweater Party.”https://t.co/N0uByRg93H via @thedailybeast

From the “exclusive” story, we learn that Hamilton Township Police Chief Gregory Ciambrone appeared at an “ugly sweater” Christmas party some time on or before December 5th, 2021, which was the date the photo was uploaded to Facebook, according to the Daily Beast’s Pilar Melendez.

Melendez also interviewed some supposed locals who were fauxfended by the horrifying display, noting the sweater had “struck a nerve”:

But in a country still facing a national reckoning over police brutality and grappling with a sustained lack of public trust in law enforcement, a police chief embracing a right-wing catchphrase jokingly or otherwise struck a nerve.

“Can’t believe he wore that in public to a party,” one area resident, who wished to remain anonymous for fear of retribution but knows the chief, told The Daily Beast on Monday.

And because apparently wearing clothing that hurts the feelings of Joe Biden supporters is a crime in Hamilton, we got this play by play of how the chief was “positively identified,” as though this was a situation that involved necessitating a police line-up of suspects and with distraught witnesses being brought in to review crime scene photos:

The incredulous resident was one of multiple people who positively identified Ciambrone as the individual in the photo to The Daily Beast. The photo also matches up with images of Ciambrone that have been posted on the police department’s official Facebook pages and in local media outlets.

Though the reporterette suggested she consulted with multiple “criminal justice experts,” exactly one – who we were told was “aghast” – was quoted in the piece:

“Police executives should refrain from making comments that violate their agency rules of conduct or portray police in a poor light where it would question their ability to fairly and impartially enforce the law,” [Penns Grove, New Jersey Police Director Richard Rivera] added.

In theory, Rivera said, the Hamilton Township committee that appointed Ciambrone could be forced to investigate the sweater—and possibly discipline Ciambrone—if a resident were to file a formal complaint.

Correct me if I’m wrong here, but pretty sure that even in Small Town, America, law enforcement has better things to do than “investigate” their police chief for wearing a sweater that some town gossips find “offensive.”

But beyond that, this is the kind of story you typically see in tiny one-page news bulletins like the “Peach Fuzz Journal” on an extremely slow news day, not a purported national news outlet and especially not at a time where there’s a crapton going on in this country that deserves more attention than a police chief in Anytown, USA who got “caught” wearing an LGB sweater two months ago and who we’re just now hearing about.

Now if this guy was involved in something seriously shady or illegal, like hoarding cash and drugs from crime scene seizures, that would be something we maybe would want to hear more about. But he doesn’t sound like the type.

In fact, Melendez reports in the piece that the chief has “received multiple awards” and is well-educated, having dedicated his life to law enforcement since 1997.

But let’s pile on him over a “Let’s Go, Brandon” sweater, because out of all the things we’re having to deal with in America, this one makes the top of the list.

Melendez, who has participated in bad reporting at the DB before, got dunked accordingly by commenters including one who quipped “praying they make a full recovery” about the chief’s critics, as well as our own Bonchie, who replied: “This is the most pathetic piece I’ve ever seen. Congrats.”

Flashback–>> Watch: The First Official Utterance of ‘Let’s Go Brandon’ Has Been Made on the House Floor