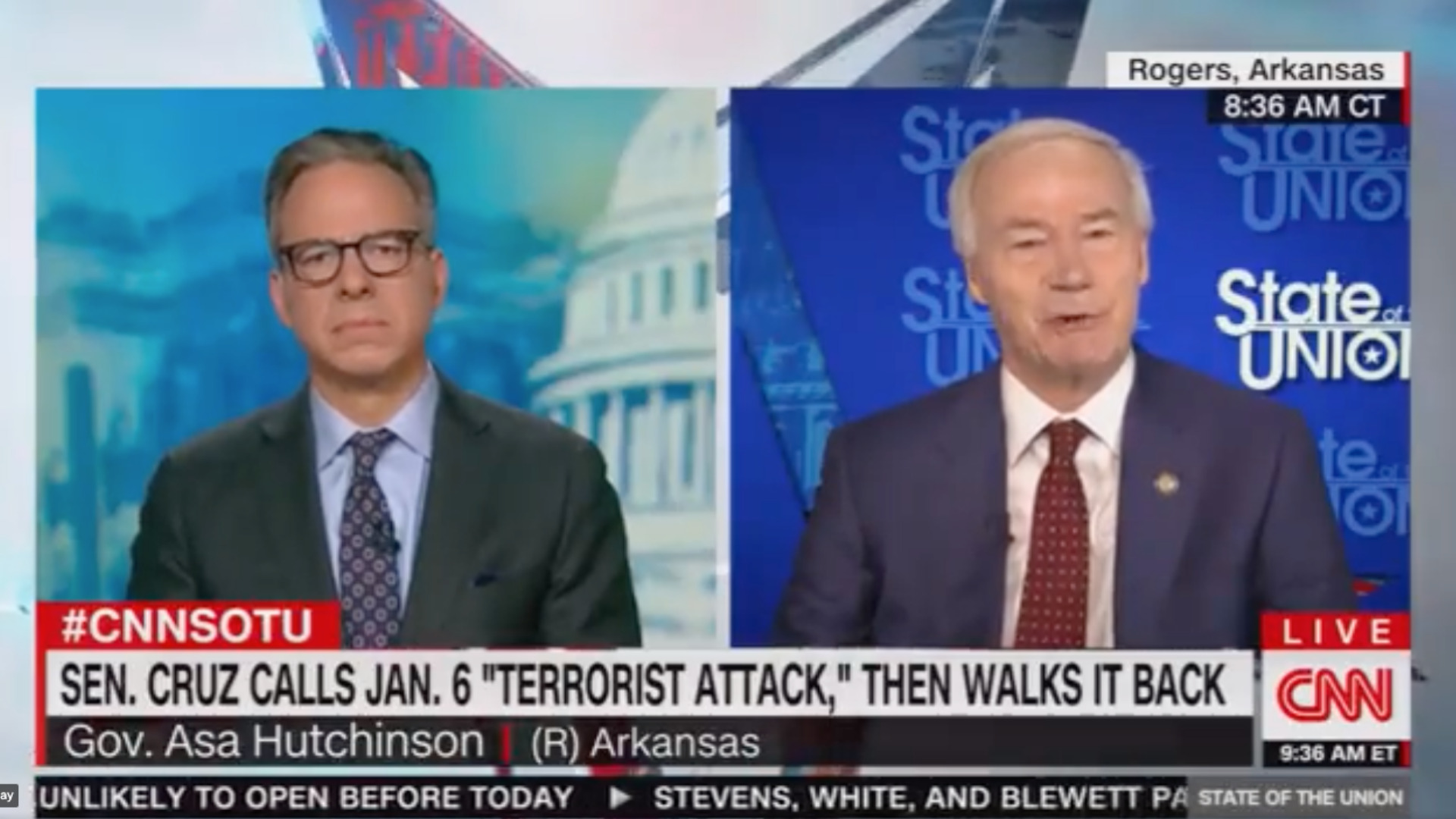 Hutchinson made his remarks during an interview on CNN’s “State of the Union.”

RELATED: MSNBC’s Chuck Todd Gets Heated With Republican Guest For Saying He Would Support Trump In 2024

CNN host Jake Tapper said, “According to a Washington Post survey, 63% of Republicans who embraced the big lie about the election are running for statewide positions throughout the United States.”

“Are you worried at all about individuals who embrace the big lie and support the notion of elections?” Tapper asked. “Are you worried about them elected into positions where they could potentially warp and undermine legitimate election results?”

Hutchinson replied, “Well, what worries me is that they’re not demonstrating leadership. Whenever you’re running for office, that’s whenever you start about the future, and you help educate the voters as to what happened on January 6, and you make this about the future.”

Gov. Hutchinson: ‘It was an attempt to stop the peaceful transfer of power’

But then the governor said there could be problems for his party down the road.

“I’m excited about the elections, but at the same time, if we want to be a party of strength over the long term, then we’ve got to not diminish and minimize the consequences of January 6, and this last week was a time of reflection on that, and over the coming years, it’s going to get worse, not better, and so we have to, one, make sure we show that that was unacceptable, we have to define it in the right way,” Hutchinson said.

He added, “It was an attempt to stop the peaceful transfer of power. Thirdly, we have to make sure we are clear that President Trump did have some responsibility for that.”

“Beyond that, let’s move on. Let’s talk about our future, and I think that’s how a candidate runs for office,” Hutchinson finished.