Home Politic Retired General to Trump Supporters in the Military: 'Stop Listening to the Pillow Guy and Get Educated' 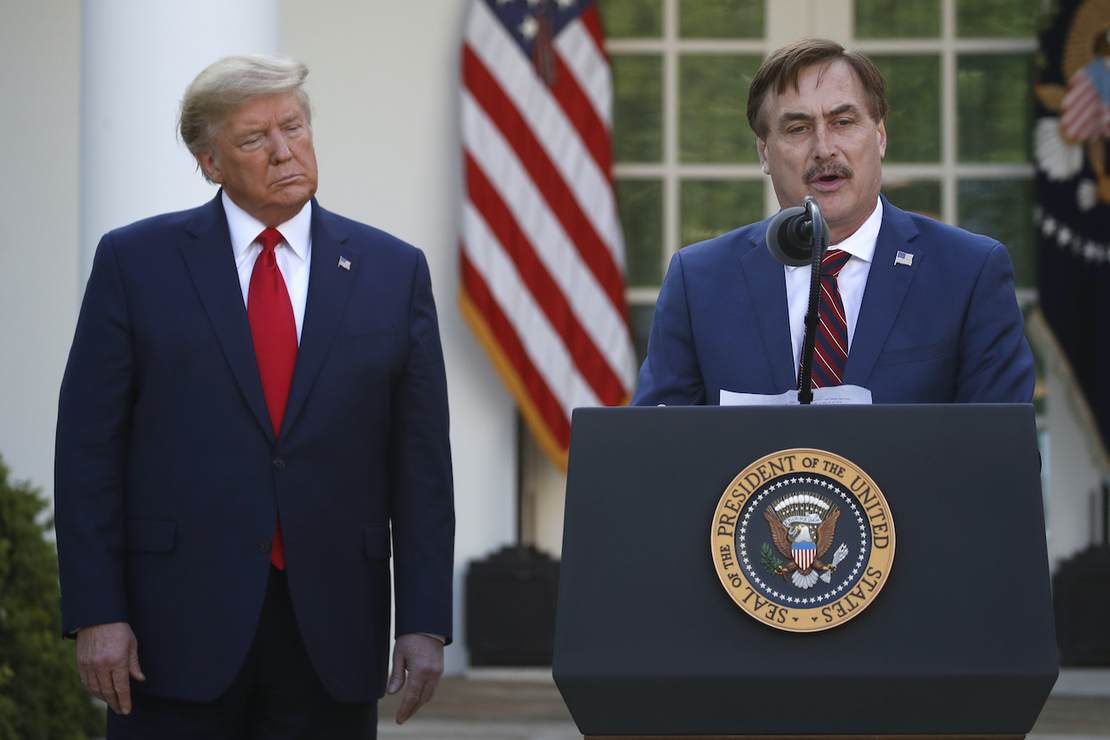 And the left thinks Trump is nuts.

Retired Gen. Steven M. Anderson waxed poetic during an appearance on CNN on Saturday, blasting Trump supporters in the U.S. military as “a threat from within.” It gets far crazier — read on.

During a segment with CNN’s Pamela Brown about 2024, Anderson blasted Donald Trump supporters in the military and advised that they stop listening to MyPillow founder and CEO Mike Lindell about the results of the 2020 presidential election. As transcribed by Mediaite:

There’s a threat within. [There is: the rabid left who is hellbent to destroy America as we know it] We’ve got some people that just haven’t been educated. [There it is, again: leftist elitist condescension.]

They haven’t been found out, and they’ve grown in power, through perhaps inaction on the parts of some of our key leaders. [Delusional, much?]

What we can do now, identify those people, get them out of our ranks, and train the rest of the force on civics 101, about how our country is supposed to work, how elections work.[Cool. We can call it “The Great Purge or the Great Terror 2.0.”]

Stop listening to the pillow guy and start learning about our country and how it’s actually supposed to run.

Personally, I think Lindell has a couple of screws loose and his pillows are lumpy, but that’s neither here nor there. The salient point here is Stage 4 Trump Derangement Syndrome remains alive and well on the left, and is no doubt worsening as all signs point to a Trump candidacy in 2024.

Brown threw big, fat softballs down the middle of the plate for Anderson, including this ridiculous gem:

Really quickly, just walk us through your concern about this partisan divide and how it could impact the chain of command, and why that is so concerning to you in terms of preventing another coup attempt potentially in 2024. [Another coup attempt? When was the first one?]

Partisan divide? Caused by whom? Biden got about the business of further dividing America on Day One of his occupation of the White House, signing executive order after executive order shoved in front of him by his handlers — and he hasn’t stopped since.

Anderson continued to make a fool out of himself:

You know, we swore an oath to the Constitution. That’s how our soldiers, sailors, airmen, and Marines need to act.

[Can Anderson point to once incident of significance in which members of American servicemembers failed to support the U.S. Constitution? Of course not.]

And you know we’re concerned that there’s so much activity within the military that shows that people are ignorant of what our Constitution is really all about, [Hell, Anderson sounds like Biden talking about Black people] and they have responded to people like Trump, and when he tells them to jump, they’re probably willing to do that.

There is no question that Trump supporters are among the most loyal in modern history. That is not debatable. The question is, why? Perhaps because Trump had the audacity to put America first? To enforce U.S. immigration law? To stand up to China, Kim Jong-un, and the mad mullahs in Tehran? To keep the oil flowing?

If the loons on the left want to call that “jumping when Trump tells them to jump,” so be it. To paraphrase Hillary, what difference does it make, anyway? The Democrat Party started scheming about how to get Trump out of the White House before he was even inaugurated, and they didn’t stop for four years.

Um, general? So, you’re worried about a threat to national security from within the U.S. military? Perhaps you should take a peek at the following RedState articles and get back to us.

Joe Did That: China to Build Military Base on Border With Afghanistan

Trump’s New Coup: Democrats Float Bizarre Conspiracy Theory to Explain the Beating They Are Going to Take in 2024

But What About the Insurrection?!