The grand old American Motors Corp. headquarters in Detroit has a date with the wrecking ball. The historic 1927 structure with an ornate tower and a handsome facade is expected to be leveled this year in favor of a new industrial site.

You might be surprised to learn that American Motors’ old headquarters is still standing, given that the company itself ceased to exist 34 years ago. Just looking at it, you would assume this is another historic automotive landmark left for decay and is now crassly being set for demo. That’s not exactly the case.

It was originally a refrigerator factory, fronted by a stately office building, which is what you see prominently in the pictures. Most of the 2-million-square-foot property is old industrial space in the back. AMC only used it as its headquarters from the 1950s to the 1970s before decamping for another site in the suburbs. The site does have an Arsenal of Democracy link, as AMC forerunner Nash-Kelvinator made helicopters there late in World War II. For a minute, when George Romney and others had AMC rolling, it was a hotbed of community activity, as many longtime residents noted. Chrysler inherited the structure when it bought AMC and then used it as an engineering facility. Chrysler sold the place during its 2009 bankruptcy, and it’s been vacant since 2010.

I remember driving by the site in the early 2000s after making a wrong turn. I couldn’t believe this majestic building appeared seemingly out of nowhere in a westside neighborhood. My father, a native westsider, explained its significance to me, and that was about it. This was before Chrysler’s bankruptcy, and the place was still actually in operation. In later years I would pass by, and it was clearly an eyesore. Detroit has one of the nation’s deepest collections of industrial landmarks, some of which are still in use, some of which are famously derelict, like the Packard plant. The AMC headquarters falls into the latter category. It’s more of a curiosity than anything else. 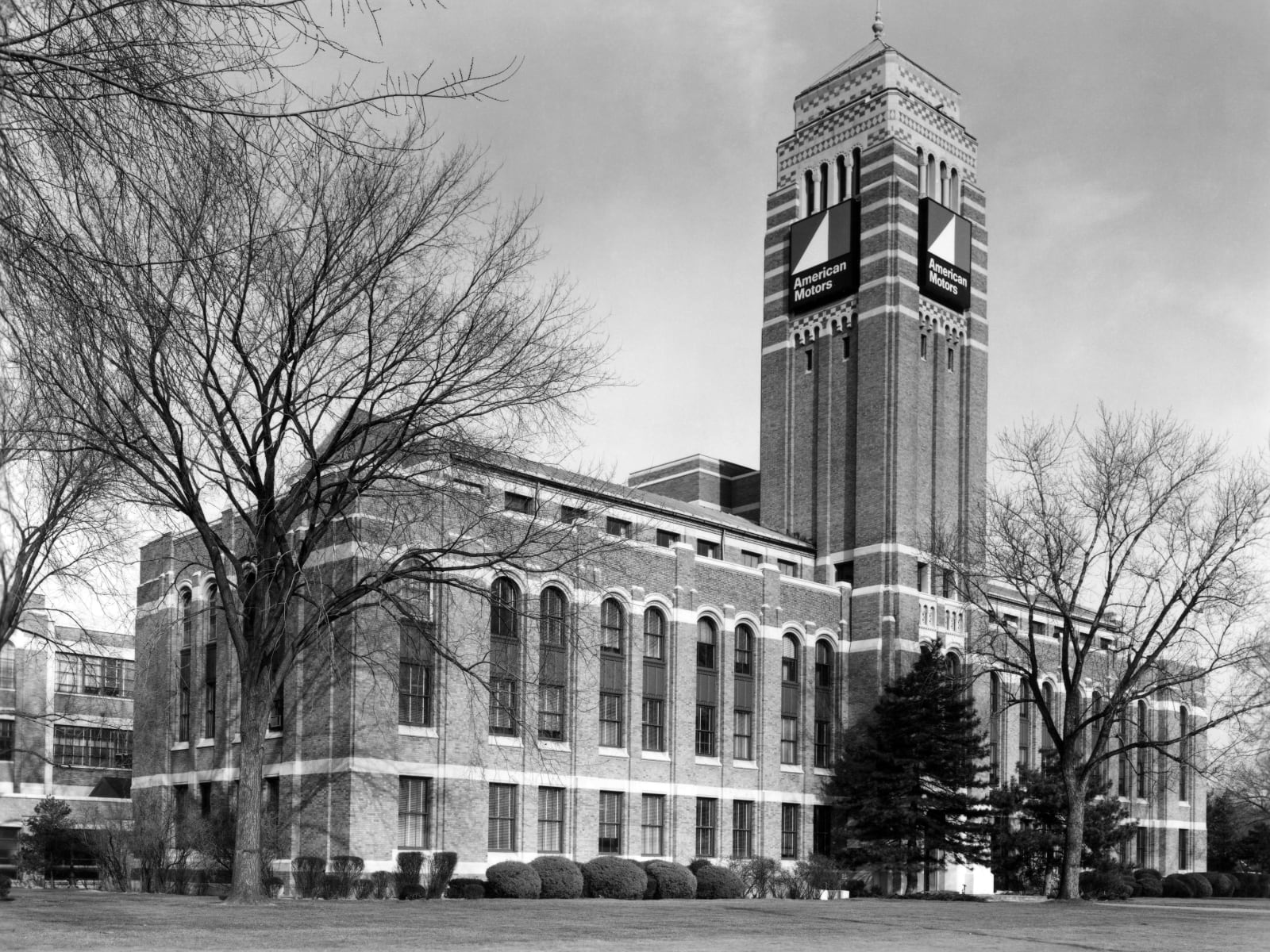 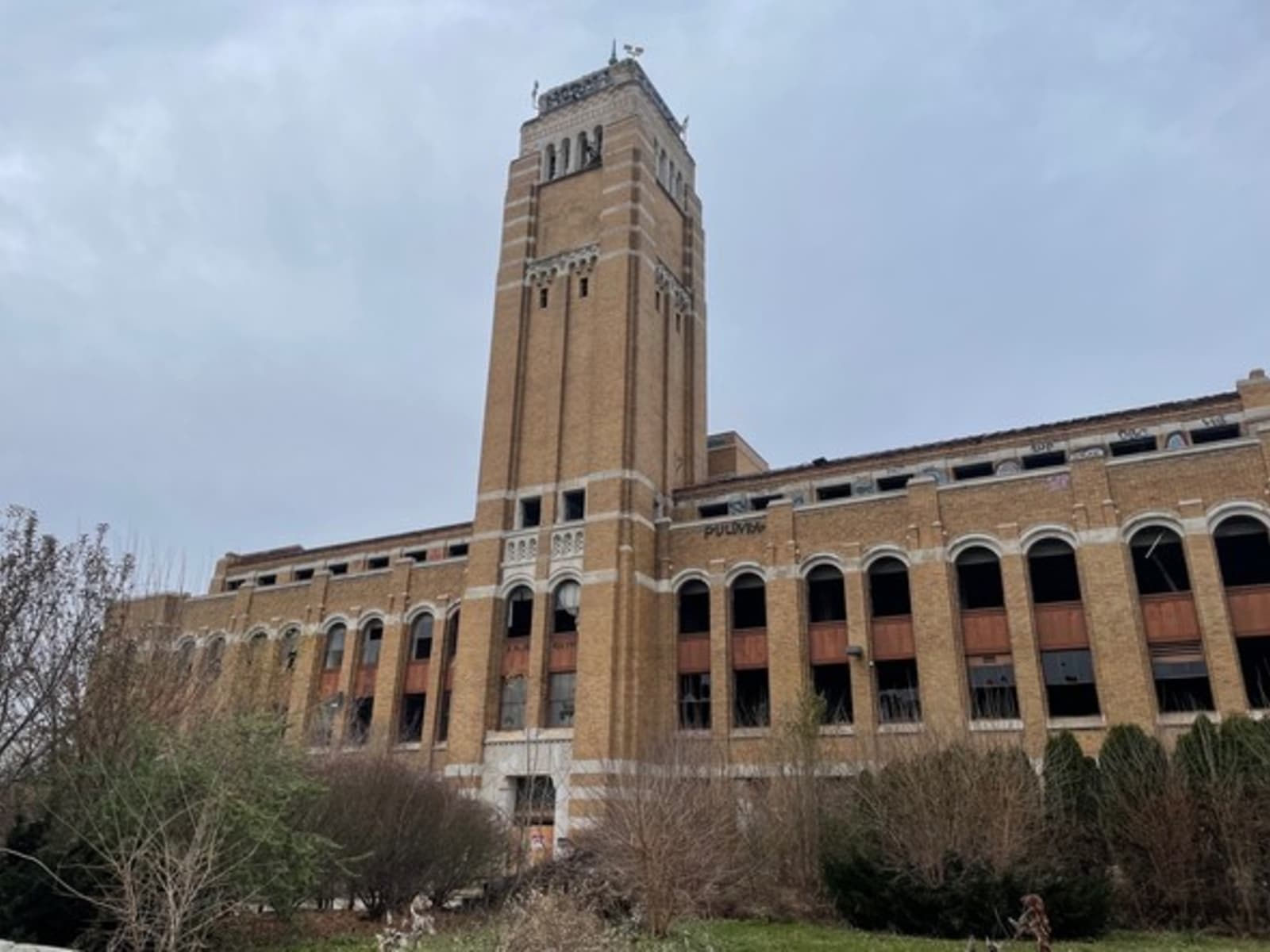 Does it have a fair amount of history? Absolutely. In an ideal world would the office structure be saved, sure. It’s unfortunate it was allowed to languish in the post-Chrysler 2010s. But razing it makes sense, in the name of Detroit’s continued rebirth and to make better use of prime real estate. The $66 million development is expected to create 300 permanent jobs, the city says. Developers are paying the city $5.9 million for the site, so it’s a no-brainer for the city to clean up blight and generate significant revenue.

If there was a way to safely save part of the tower or the facade, hey, that would be neat. Perhaps this structure is an appropriate metaphor for AMC — briefly flourishing — but gone after a period of neglect.

Other news and notes:

Buick should definitely dust off ‘Electra’. General Motors has moved to trademark the Electra name, which was used on a crossover concept at the Beijing Motor Show in 2020 and in cars in the U.S. from 1959-1990. Stating the obvious: Electra is arguably the best name for an electric vehicle, and it has natural resonance with older Buick buyers. For the younger “That’s a Buick?” crowd, it simply sounds good.

Your car is dirtier than a toilet. So says a study from Aston University (nice name) in the UK, which notes there’s more bacteria in the trunk and on the driver’s seat, gearstick and dashboard than the average toilet seat. That’s pretty gross, but chalk this up to one of the many studies that highlight just how slimy the world can be. You probably all remember studies that say a phone receiver is dirtier than a toilet seat. This study found a correlation between the age of the vehicle and the amount of bacteria, which is entirely logical. Much of this is also attributable to how often people eat in their cars, and the groceries they bring home. There’s also a good chance you regularly clean your bathroom, but only clean your car when it looks dirty, which Aston researchers note. How scientific.

The Tesla Cybertruck is delayed again. Tesla said last week it won’t launch any new model lines in 2022, including the Cybertruck, Roadster and Semi (remember the Semi?). That means it’s going to be 2023 at the earliest before the much-anticipated truck arrives in what will be a crowded market. When the Cybertruck was unveiled way back in 2019 complete with a window shattering, the world was a much different place. The Hummer electric truck, Ford F-150 Lightning and Rivian R1T are all in production now. The Chevy Silverado launches in 2023. (Though that’s just the work truck and $105,000-First Editions. The consumer Silverado EV doesn’t show up until 2024.) That’s a long time for Tesla. The Cybertruck was supposed to remake the segment — now it’s merely joining it. That said, Tesla will sell every single Cybertruck it can make. With its angular stainless steel body and curious bed design, it still will land with an impact. In light of uncertainties over the chip shortage and the pandemic, it’s actually interesting to see Tesla take a conservative approach and focus on its core models before expansion.

One-of-a-kind Ford Bronco nets $500,000 for Detroit charity. You may have noticed the 2021 Ford Bronco Pope Francis Center First Edition last week and been a bit thrown by its name. The Bronco isn’t a tribute to the pontiff. Rather, proceeds benefit a homeless shelter called the Pope Francis Center. What you probably don’t know is that Ford CEO Jim Farley volunteers there, as the Detroit Free Press reports. Another donor matched the Bronco’s sale price, so the center, which serves 200 people per day and sits a few blocks from GM’s world headquarters downtown, will get $1 million. The Wimbleton White Bronco with red accent stripes sold at the Barrett-Jackson auction in Scottsdale, Ariz., one of a slew of vehicles that collectively raised $8.8 million for charities (led by a $3.6 million Corvette Z06 VIN No. 001). In one other nod to the Motor City, the Bronco’s retro wheels are sourced from Detroit Steel Wheels.

Throwback Michigan plates are back: Admittedly, this is a Michigan-heavy column, but people seem to like license plates. The throwback black-and-yellow plates with the “Water-Winter-Wonderland” slogan have returned and are on the roads now. They were originally issued in 1965 and followed a similar plate first used in 1954. I like throwback uniforms in sports, and I’ll be getting one of these when my renewal comes up again.

Greg Migliore is the editor-in-chief of Autoblog.

We take a first drive in the Cadillac Lyriq, and GM confirms Plug and Charge…