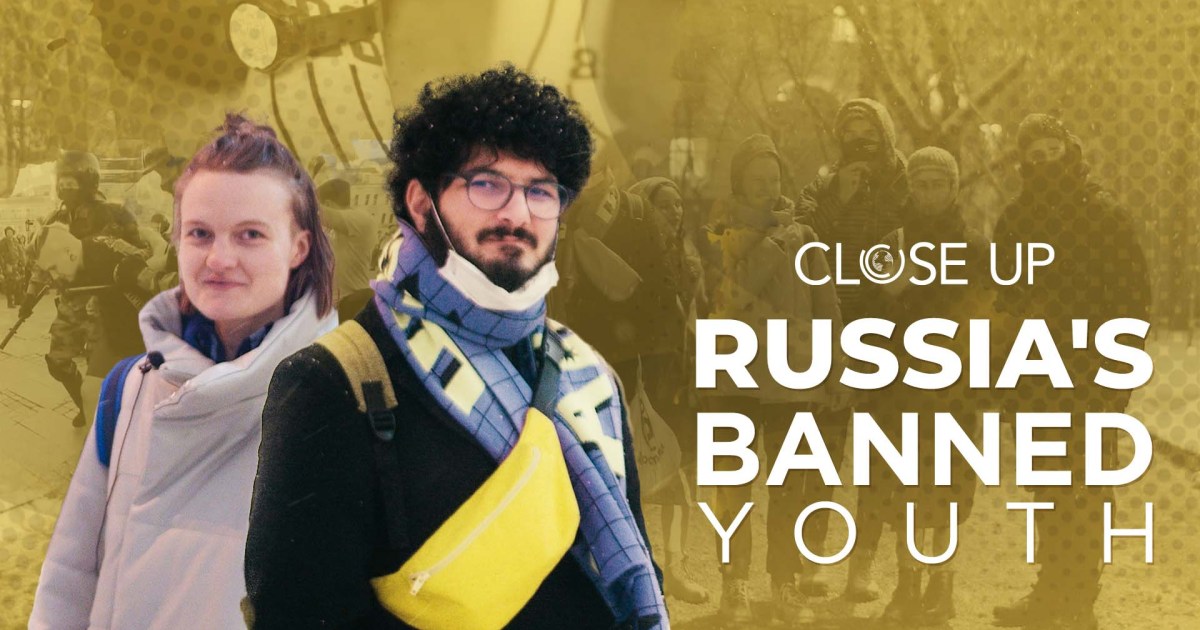 From: Al Jazeera Close Up

Editors of the online student magazine ‘DOXA’ are currently under house arrest for criticising the Russian government.

After Kremlin critic Alexey Navalny was arrested at a Moscow airport in January 2021, hundreds of thousands of people took to the streets in more than 60 cities to protest against his detention. Many of them were students. Thousands were detained by the riot police, some very brutally.

To prevent students from participating in future rallies, universities and high schools started intimidating and threatening them with expulsions if they were detained at the protests.

The DOXA magazine, founded by students of the Higher School of Economics (HSE) in Moscow, covered the protests and ran a fundraising campaign to help detained students pay fines. Four DOXA editors also recorded a video where they condemned the intimidation and threats and expressed support for the youth protesters.

The simple two-minute video got the four – Armen Aramyan, Natalia Tyshkevich, Alla Gutnikova, and Vladimir Metelkin – detained and placed under de facto house arrest. Accused of encouraging minors to engage in protests, the journalists can leave their homes only for two hours a day, from 8am to 10am, and are not allowed to use the internet or communicate with each other. They struggle to get permission for doctor visits outside of their permitted free hours and risk being put in jail if they violate any of the rules.

DOXA started as a faculty newspaper at HSE but soon broadened its coverage to education in Russia in general. Its journalists wrote about issues like plagiarism and sexual harassment at universities, always taking a stance against censorship and repression.

During popular protests before the 2019 Moscow parliamentary elections, DOXA became well-known in journalistic circles and beyond for its live coverage of the protests and students’ participation in them. It became Russia’s major outlet covering education and student rights.

This film follows two DOXA editors under house arrest, capturing their daily life, their emotional struggles, and the fight to prove their innocence. Confined to their homes since April 2021, Armen Aramyan and Natalia Tyshkevich tell the story of their arrest, countless court hearings, and the community of friends and followers who make life under house arrest a bit more bearable.

A film by: Olga Khrustaleva