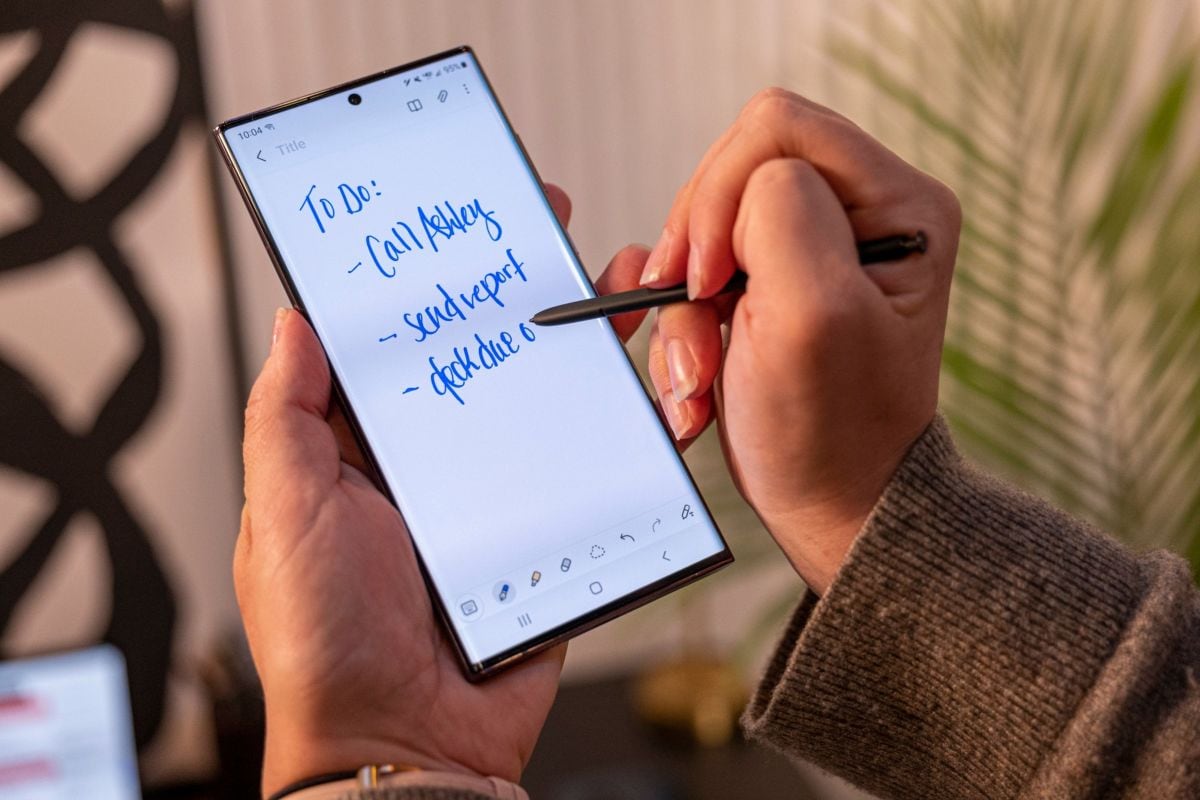 Samsung is making the biggest change to its smartphone strategy in years by reorganising around its big-selling Galaxy S and foldable Galaxy Z series of devices. The company plans to discontinue its Note lineup of stylus-equipped phones and instead distribute that capability across its portfolio while pushing premium foldables in its challenge to Apple.

“In the near term, our operation will focus on a two-track strategy: flagship S series in the first half of the year and innovative foldable lineup in the second half,” TM Roh, who took over as Samsung’s mobile chief two years ago, said in a rare interview. “We will keep this strategy until there’s another major breakthrough and we are working hard to make it happen.”

The world’s largest smartphone maker unveiled its latest Galaxy S22 lineup on Wednesday, equipping the Ultra model in the family with a stylus. This effectively recreates the classic Galaxy Note formula of a large-display handset with a stylus and comes months after Samsung opted not to release a new Note in August. The company bet on its foldables filling the void and saw the move pay off with its sales of the category growing several times over and raising its average selling price for mobile devices.

Samsung will focus on the premium segment as its growth engine and plans to expand the Note experience across its Galaxy hardware ecosystem, spanning tablets and laptops as well as phones, Roh said. Foldables will also grow into new categories and the company plans to add one or two new smartphone form factors to its lineup within the next three years, he added.

“Under the COVID situation, the smartphone industry raced through changes that might have previously taken a decade,” Roh said. “We are entering the second phase of market growth. There’s growing demand for high-end premium models as consumers are using smartphones longer and in more ways than before.”

The pandemic drove the smartphone market out of its stagnancy – growth had plateaued and replacement cycles were growing longer – and Samsung now sees people more willing to upgrade their phones to get better video calls, gaming, and daily communications functions as they rely on their devices for work and play. Initial demand from carriers and partners for the Galaxy S22 phones is up by double-digit percentages relative to the prior year thanks to the new Ultra model, according to Roh.

“The Note series was getting a bit long in the tooth, and it was a clear choice to absorb the S-Pen into the mainstream S-series, especially when the company could now rely on its successful foldable lineup in the second half of the year,” said IDC analyst Bryan Ma. “Foldables do much more for Samsung in differentiating its offerings from the rest of the industry, including Apple, who also tends to launch its new phones toward the end of the year.”

Since 53-year-old Roh’s appointment to the post in January 2020, Samsung’s mobile business has had to navigate lockdowns in major cities, plant shutdowns, and chronic supply chain disruptions. The company has worked around component shortage issues so far and expects the situation to improve this year, he said.

Samsung consolidated its mobile and consumer electronics businesses into a single division late last year as part of a companywide reorganisation. It did so in order to create a more cohesive ecosystem of products, the company said. Making its devices work seamlessly together is aimed at helping Samsung fend off competition from Chinese rivals like Xiaomi and Oppo while also addressing the challenge of Amazon’s Alexa voice assistant, which now spans everything from smart speakers to thermostats. Samsung will take an approach closer to Amazon’s than Apple’s by opening its ecosystem to external partners and hardware makers.

The Suwon-based tech giant sees the growing number of foldable devices from competitors this year as confirmation that it made the right strategic decision early on, according to Roh. The company expects the industry and app ecosystem to grow as a result. Many of the new models are likely to use Samsung flexible displays in their designs, such as the Oppo Find N announced in December.

Samsung is also investing in artificial intelligence and augmented reality technology, having pledged to secure a leading position in the development of the metaverse at its most recent earnings call. Roh declined to provide specifics on those projects, but said the company is spending aggressively.

“We may look like a graceful swan, but we’re paddling furiously underwater,” he said.