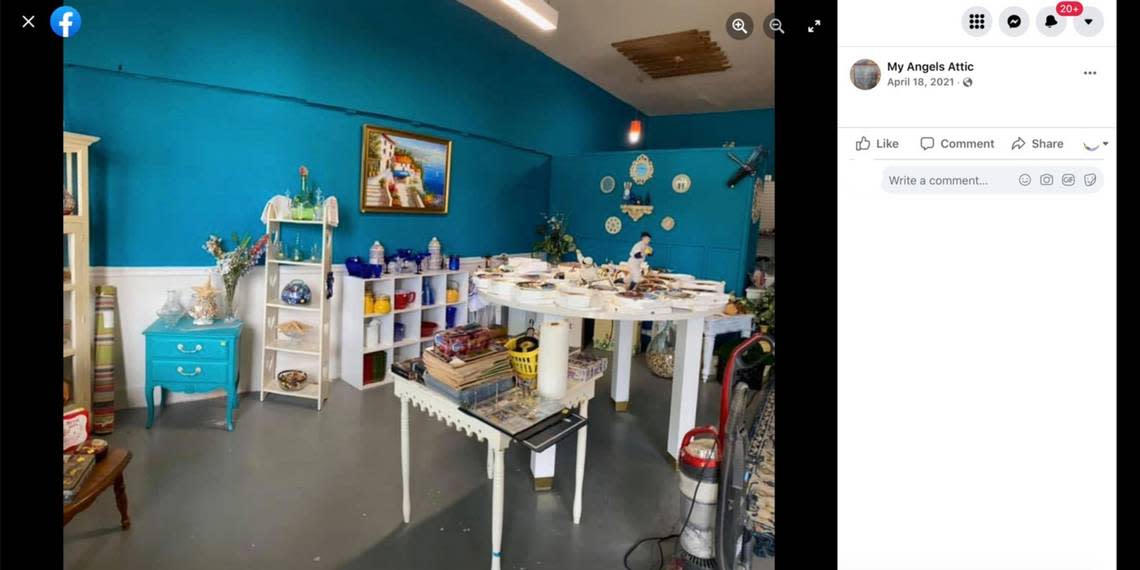 A thrift shop owner and her husband bidding on storage units in Savannah in October 2021 were in for a surprise when they went through their latest find and discovered that someone had left cremated human remains inside.

“It was one of the first things my son found,” Megan Leigh, the owner of My Angel’s Attic thrift shop in Jasper County, said. “My husband wanted to take them to the dump and I was like, ‘no, we cannot do that.’”

With only a name, birthday and death date that were printed on one side of the pink marble urn, Leigh took to Facebook to try and track down the family, she said. She made posts in Savannah and Jasper County community pages on social media, but no one seemed to know who the woman was. After messaging multiple people with the same last name printed on the urn, or anyone she thought might have a connection to the 79-year-old woman, she found a grandson who lives in Oklahoma.

“He wanted her,” Leigh said. “They were originally going to cover the shipping cost, then he went MIA on me.”

Despite several messages, she never got an answer, she said. The woman, who passed away in 2019, is also from Oklahoma and, Leigh found out, her son was still in the Savannah area. She was able to get in contact with his wife, who told her they would drive to Jasper County to pick up the cremains. Again, Leigh said, the family disappeared.

“I would never have expected to find someone’s ashes,” Leigh said. “It broke my heart.”

Leigh’s own mother passed away two years ago and, she said, if she had lost her ashes she would have been “devastated.” When she first brought the woman’s ashes home, she didn’t know what to do with them. She considered placing them in her home beside her mother’s ashes and photo, but her family wasn’t too keen on the idea. The cremains now sit in the back of Leigh’s van. She sees them every day and tries to fill in the gaps of who the woman was.

Members of the woman’s family did not immediately respond to requests for comment. In the meantime, the ashes remain in Leigh’s van and she’s working on a solution: either getting the ashes back to the family or, when her “heart gives up,” trying to find a final resting place for them.