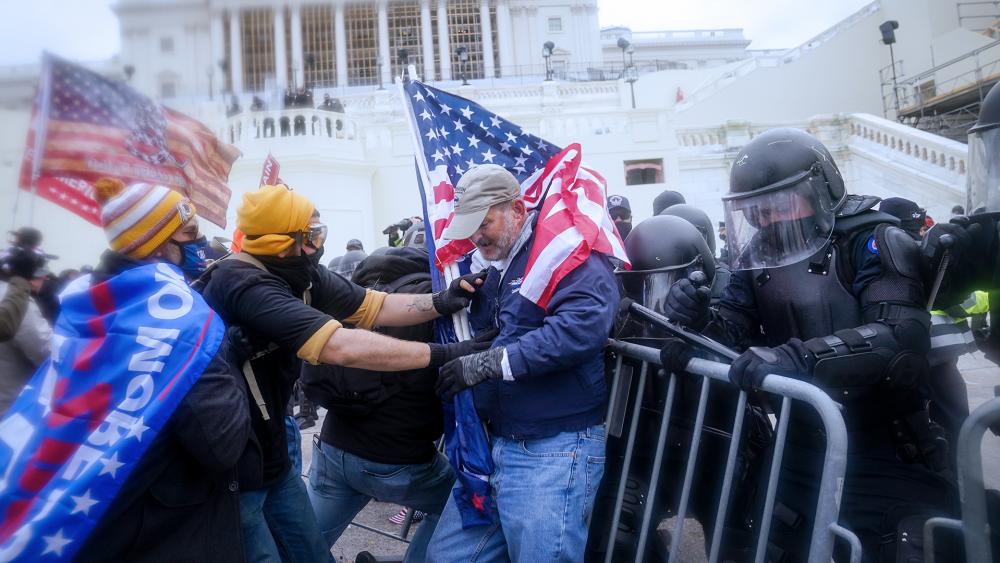 Several key individuals who actively worked to convince protesters to storm the Capitol haven’t been charged, even though there’s video of their involvement. That’s raised questions about whether those people, like a former militia leader named Ray Epps, might have helped to fuel the riot while working undercover for the FBI.

So during a Senate hearing on Tuesday, Cruz asked FBI officials about it. “Did any FBI agents or confidential informants actively participate in the events of January 6th? Yes or no?” Cruz asked. The FBI official deflected every question he asked.

.@SenTedCruz: “Did any FBI agents or confidential informants actively participate in the events of January 6th? Yes or no?”

During the Senate hearing, Cruz also points out that the FBI had listed Ray Epps as someone they were seeking, offering cash rewards for information leading to his arrest. Cruz said then Epps was “magically” dropped from the FBI’s search without comment, despite video evidence of him trying to rally protesters to breach the Capitol. See more about that Epps video below.

One year later, more than 700 people have been arrested – most charged with misdemeanors for entering the Capitol building illegally. Others who entered the Capitol have been jailed on felony charges, accused of actually assaulting the police.

CBN News’ “Global Lane” spoke with someone who was at the Capitol filming on January 6th, documenting the events as they unfolded – film producer Nina May with Renaissance Women Productions. May believes there are others who have not been arrested who should be. That includes people like well-known Antifa activist John Sullivan who admitted he attended the rally that day disguised as a Trump supporter.

Read more about his story HERE: Left-Wing Agitator in Capitol Riot Caught on Cam Goading Others to Burn Capitol, ‘Rip Trump Out of Office!’

There are also allegations that all of this was a conspiracy led by the Proud Boys and Oath Keepers organizations. Revolver News compiled a video showing former Arizona Oath Keepers President Ray Epps encouraging protestors to breach the Capitol building. Watch our full interview above to see the Epps clip.

Oath Keepers militia founder Stewart Rhodes has also been accused of encouraging a Capitol building breach, but like Epps, he has not faced criminal charges either.

Meanwhile, one year after the January 6th riot, the Capitol Police Union issued a troubling statement. The union warns they are short-staffed by about 400 officers, and the Capitol building is not secure enough to prevent future attacks.

And many conservatives believe the House’s January 6th Select Committee is politically motivated. Some equate it to a show trial against political enemies.

So, will Congress ever arrive at the truth? Will we ever come to know what actually happened on that day? With congressional subpoenas issued and lawsuits filed, there’s a lot more to come in this election year.