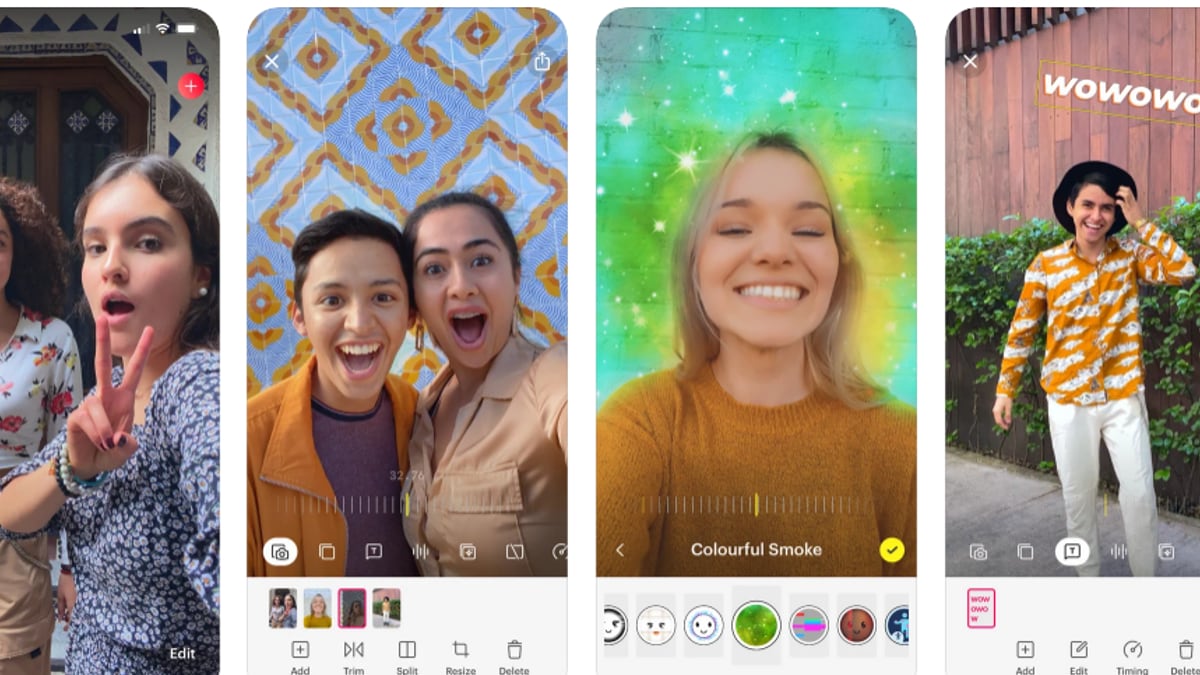 Snap, the parent company of Snapchat, has unveiled a brand new app called Story Studio. The standalone video editing app is currently available for iOS users and will allow creators using an iPhone to make vertical videos to share on different platforms. Using Story Studio, layers and captions can be added to a video. Also, edited videos can be exported directly to Snapchat to share as Story or on Spotlight. They can be downloaded and shared via other channels as well. Currently, Story Studio is available in select regions.

The Story Studio app comes with editing tools that can be used for frame-precise trimming. It allows adding captions, stickers, and layers to videos. Users can also select suitable songs and audio clips for their videos from the app. Additionally, with the Story Studio app, iPhone users can try out the latest viral Snapchat Lens as well.

It will also let you add visual effects using AR lenses that transform faces, bodies, and whole scenes. As mentioned, with the app, the Snapchat Sounds library including a catalog of licensed tracks and user-created audio will be available for all users.

Snap notes that people can work on multiple projects at once with the Story Studio app. It has an auto-save feature that lets users revisit and edit past projects. Once the editing is done, it can be directly shared to Snapchat from the Story Studio app. Also, videos can be downloaded and posted on other permitted platforms. Unlike TikTok, the edited videos won’t be watermarked.

Story Studio is available as a free download for iOS users in selected regions now. The app requires an iPhone with an A12 processor or later, and iOS v14.7 or newer. There is, however, no word on whether it will debut on Android.

I Think These 8 Outfits Are Sexy, Elevated, & Chic, so I’ll Copy Them This Fall

In the vein of being transparent, I’m going to put my feelings all out there:…

I Think These 8 Outfits Are Sexy, Elevated, & Chic, so I’ll Copy Them This Fall

The Crown season 5 now has a release date: November 9. At its online-only event…