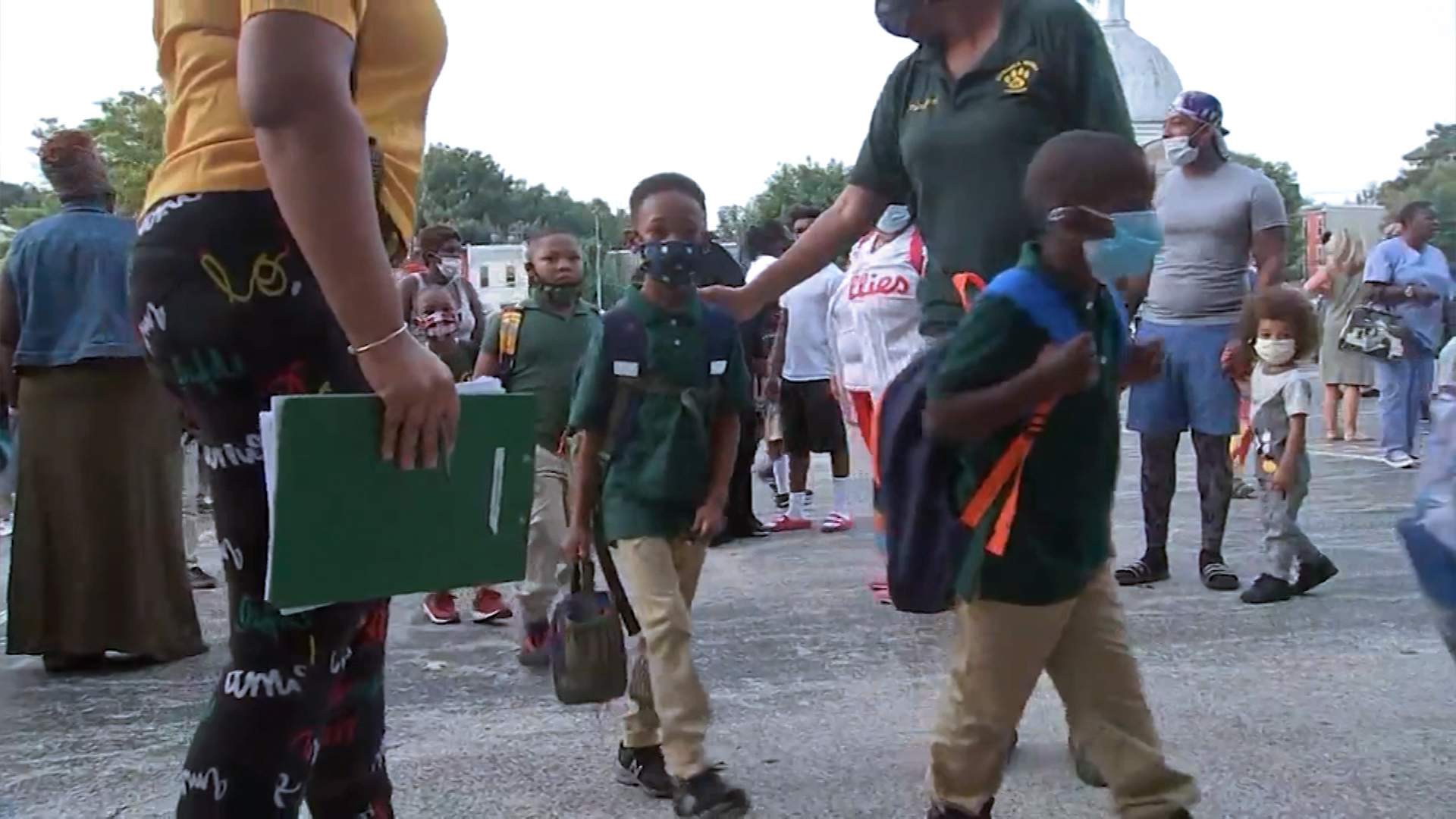 Several governors are taking an about-face when it comes to requiring masks in public schools, citing the rapid drop off in COVID-19’s Omicron surge.

“We’re not going to manage COVID to zero,” said Gov. Phil Murphy D-NJ. “We have to learn how to live with COVID as we move from a pandemic to the endemic phase of this virus.”

The end to the mandates in New Jersey, Connecticut, Delaware and Oregon will take effect between now and the end of March depending on the state.

“It’s kind of early to say that I think if it was to be today, I wouldn’t be in favor of it. I think wearing the masks for your overall protection,” said Stephen White, father of a 14-year-old student in New Jersey.

California announced plans to end its indoor masking requirement for vaccinated people next week, but masks will still be the rule for students.

“My thoughts are they’re not good because of never breathing in them,” said Jay Ferrington, a student in Oakdale, CA.

The current mask mandate in New York, once ground zero for the pandemic, is set to expire Thursday. Gov. Kathy Hochul is set to drop the state’s indoor mask mandate according to the New York Times. But she is expected to keep the mandate in place for the city’s schools.

CDC Director Rochelle Walensky cautions against lifting the mandates saying the country isn’t out of the woods yet.

“We still have hospitalization rates that are higher than they ever were during the peak of our Delta wave and similarly for deaths still at 2,300 a day,” explained Walensky. “I don’t think we’re there right now. I know people are cautiously optimistic.”

Still the battle is playing out in various ways across the country.

In Chicago, a group of students recently walked out of class after being told to mask up.

Masking and other COVID restrictions are leading some families to leave blue states for red states.

Texas, Florida and Arizona, all Republican-led states, have banned mask mandates and they are now seeing a surge in new residents.

Karol Markowicz is a columnist for the New York Post and Fox News.  A lifelong New Yorker, she recently relocated her family to Florida.

“Many places in Europe did not mask kids at all throughout the pandemic. These kids went to school the entire time without a mask on. Yet at the time my five-year-old – now he’s six – has never been in school without a mask and I see delays in him,” Markowicz told CBN News. “I see he’s not at the same level where his siblings were at this point. We basically moved to Florida because of him.”

She has written extensively about the issue of masking children during the pandemic and says many oppose New York’s actions.

“I got so much mail from parents not just in New York but other crazy blue places that also didn’t have school or were also masking kids indefinitely, also taking sports away from them, also not letting them do extracurricular activities, the whole gamut of things that we did to children during this COVID period.”

Since moving to Florida, Markowicz said she has seen a big difference in her kids.

“It’s very, very good.  My kids go to school maskless every day. They haven’t seen their masks since we landed in Florida,” she said. “You don’t realize what you’ve lost until you see normal elsewhere.”

Asked whether she would ever move back to the Big Apple, Markowicz responded, “No. It’s not just about that. It’s about something that we can’t unsee. We saw something from New Yorkers that was disappointing and that we can’t get over.”