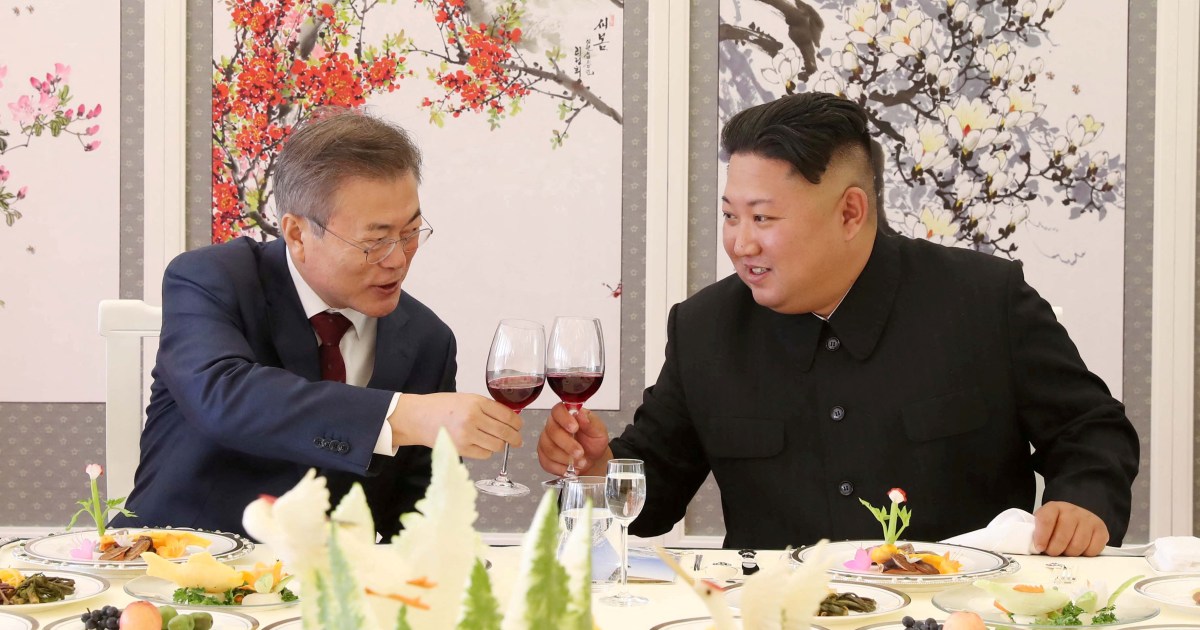 Securing peace with the North has been a key goal of Moon’s term in office, which comes to an end in May.

South Korean President Moon Jae-in has promised to use his last months in office to push for a diplomatic breakthrough with North Korea, despite Pyongyang’s silence on his efforts to secure a declaration of peace between the two countries.

“I will not stop efforts to institutionalise [a] sustainable peace,” Moon said on Monday in his final New Year’s address before his five-year term comes to an end in May.

“The government will pursue normalisation of inter-Korean relations and an irreversible path to peace until the end. I hope efforts for dialogue will continue in the next administration too.”

In his address on New Year’s Eve, North Korean leader Kim Jong Un focussed on jump-starting the economy and improving people’s lives. Marking 10 years in power, he made no mention of Moon’s calls for a declaration officially ending the 1950-53 Korean War, or stalled denuclearisation talks with the United States.

Moon held multiple summits with Kim, including one in Pyongyang, during a flurry of negotiations in 2018 and 2019, but the process faltered amid disagreements over international demands that the North surrender its arsenal of nuclear weapons, and Pyongyang’s call for Washington and Seoul to ease sanctions and drop other “hostile policies”.

Moon is pushing an “end of war declaration” as a way to revive the stalled talks and his administration has hinted at backchannel discussions.

But North Korea has not publicly responded to the latest push, and the US has said it supports the idea but may disagree with the South over its timing.

“It is true that there is still a long way to go,” Moon acknowledged, but argued that if the two Koreas improved relations, the international community would follow.

Moon said his outreach to North Korea had been enabled by a large military buildup that had helped make the South safer.

“Peace is possible on strong security,” he said.

Moon also spoke of the continuing COVID-19 pandemic in his address, expressing his appreciation to the country’s healthcare workers and offering condolences to the dead and their families.

The president said he would “make the year 2022 the first year of normalisation by fully recovering from the crisis” although he also warned against complacency given the emergence of the Omicron variant of the coronavirus.

The North imposed strict border closures at the onset of the pandemic in early 2020, and maintains it has had no cases of the virus.