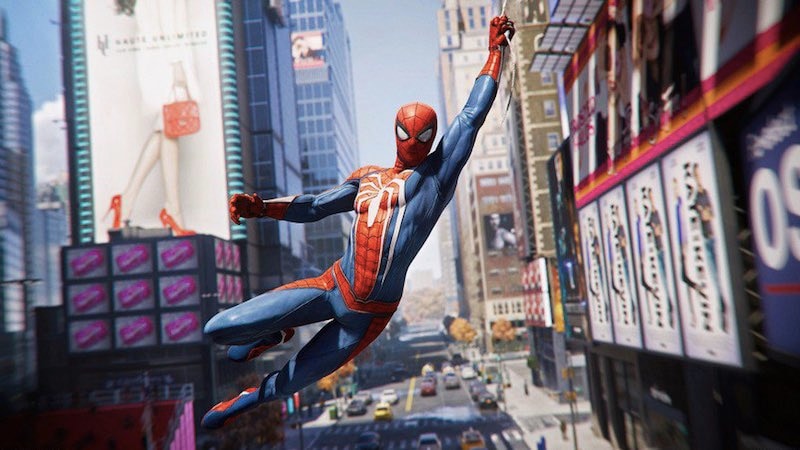 Like most big budget games this generation, Spider-Man on the PS4 sports an open-world. While that term alone implies a sort of near endless amount of gameplay, of late, it also suggests an overwhelming dread that makes playing them a lot more cumbersome than they should be.

This has largely been down to open-world games being replete with side objectives and content that aren’t crucial to finishing the main story. A lot of modern-day games try to play this up in an attempt to show that there’s a lot to do and tap into our completionist, OCD-riddled tendencies. This results in a game that’s loaded with busywork and what eventually becomes a burden for the player with markers, icons, side-quests, collectathons, and hints galore. It’s evident in Ubisoft’s games, particularly the Assassin’s Creed franchise.

Open the map midway through any of the recent ones, such as Assassin’s Creed Syndicate, and you’re likely to be confused on where to go and what to do. That’s on the lower end of the spectrum. Others like Assassin’s Creed Unity had so much to do that outside of its main story that you couldn’t walk more than a few steps without finding yourself smack dab in one of its many activities like chasing down a purse snatcher on foot.

Spider-Man on PS4 smartly evades going down the same road with a map that while replete with missions, side-quests, challenges, and the like, never feels overwhelming.

This is in part thanks to Spider-Man’s map size. Compared to other superhero games like Batman Arkham Knight, the map of New York City in Spider-Man isn’t that big or crammed with objectives. Considering most major open-world games — such as the upcoming Just Cause 4 — sell themselves on the size of their map, Spider-Man’s self-contained scale seems more intimate and immediate. It allows you the room to breathe and take in the game’s many sights and sounds or just walk down the street and high-five a New York citizen, as ridiculous as that may sound.

In addition to this, its side content is strategically drip fed over the duration of the game. You won’t be taught about its Challenge tokens, Research tokens, Landmark tokens, Base tokens, and Crime tokens in one go. Instead, they’re doled out as you progress through the story. What’s more is, they integrate neatly into the lore as well. Unlike most open-world games, they don’t exist in a vacuum; completing them ties back into the game world and the story.

Obtain enough Challenge tokens by defusing bombs, drones, or taking down mercenaries and you’ll find yourself squaring off against minor super villain Taskmaster. Stop crimes occurring across the city, and you’ll have New York’s number one Spider-Man critic J Jonah Jameson sound off about your exploits on his radio show. All of what you do filters back into the game and keeps you wondering what to expect next. There’s a gameplay incentive to bother as well. Instead of ticking off a list of objectives on the map, you use these tokens to unlock Spider-Man suits that not only give the character a different look but grant you access to new powers too.

And while tieing your actions back to the overall state of the game is nothing new, Spider-Man doesn’t take it to its extreme like Batman Arkham Knight did, where seeing the game’s true ending depended on you completing every single thing. From its many fetch quests to its tough-for-the-sake-of-being-tough Riddler challenges, attaining 100 percent completion of Batman Arkham Knight is a soul crushing exercise. The same applies to obtaining the real end of Shadow of War, forcing you to slog through side objectives aplenty. Spider-Man on PS4 respects your time by hiding none of its crucial content behind such events.

All of this makes Spider-Man on the PS4 one of the rare current generation games where obtaining its platinum trophy — earmarked for completing everything it has to offer — an attainable affair. You never feel buried under a seemingly unsurmountable number of goals or tasks. In an age where franchises like Call of Duty are forsaking single-player hijinks for multiplayer only affairs, clever open-world design makes Spider-Man on PS4 one of the rare single-player titles you want to finish and keep coming back to.

Noise Flair XL Neckband Earphones With Up to 80 Hours Battery Life Launched in India: Price, Specifications
OneCoin Ponzi Scheme Mastermind Ruja Ignatova Added to FBI’s Top Ten Most Wanted List
Best Tablets to Buy in India: We List the Best Tablets for All Your Needs
Hyderabad Plans to Set Up 330 EV Charging Centres Based on Feasibility of Locations
Google’s Gboard Rolls Out Split Keyboard Mode in Beta for Foldable Android Phones: Report
Amazon Prime Day Sale 2022: Here’s When to Expect It in India This Year
Share This Post
Comment