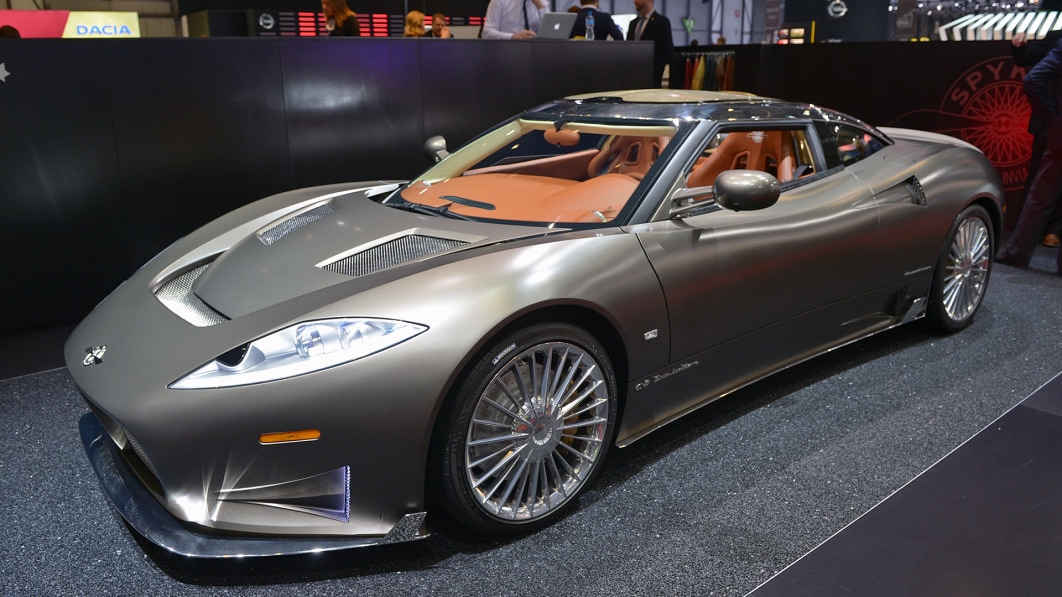 The motto of Dutch car company Spyker was, “Nulla tenaci invia est via.” That’s Latin for, “For the tenacious, no road is impassable.” If nothing else, no other outfit has lived its motto more fully than the outfit still headed by Victor Muller. After buying Saab in 2010 and foundering under the purchase, going bankrupt in 2014, being bought by private equity in 2015 and foundering again, declaring new investors in 2020 before going bankrupt again in 2021, we have another new announcement that Spyker is back. The investors this time are the same as in 2020 — when funds never came through and Spyker went bust again — Russian businessmen Boris Rotenberg and Michail Pessis. According to a press release, a new round of meetings last month led to new agreement between all parties about the direction of the company, so hands will finally get to work building new cars.

Rotenberg owns SMP Bank in Russia, title sponsor of SMP Racing that Rotenberg co-owns with Pessis. He also co-owns energy company SGM Group and runs BR Engineering, which entered the BR Engineering BR1 in the World Endurance Championship. Pessis owns luxury firm Milan Morady out of Luxembourg and the automotive tuner R-Company in Germany. Both are Spyker owners, Pessis saying in August 2020, “Since Boris Rotenberg and I ordered our first Spyker almost a decade ago, we passionately fell in love with the beauty and craftsmanship of these hand-built sportscars. As of 2015, the cooperation with Spyker intensified through Milan Morady, which now culminates in the collaboration agreement announced today. Moreover BR Engineering and Milan Morady have for the past few years already been involved in the development and production of a number of Spyker C8 Ailerons in so-called Limited Edition BR configuration in our German facilities.”

Muller wants to pick up where Spyker left off years ago, building the C8 Preliator (pictured) and B6 Venator cars, and D8 Peking-to-Paris crossover starting this year. The Preliator debuted in 2016 as the most recent version of Spyker’s core C8 model in production since 2000, powered by a supercharged version of the 4.2-liter Audi-sourced V8 that was Spyker’s favorite engine. The Venator was from 2013, powered by a V6 to provide a lower cost of entry to the range. The D8 was from 2009, once touted to employ a V12, then rumored with that Audi V8. The brand wants to go racing again, too. That could be down the line, but backing from SMP Racing could make such a venture much easier.

We don’t know which cars will come to life this year, if any, but we’ve been promised that any which do come will use internal combustion engines. They’ll also employ an international workforce; Germany and Russia will lead model development, Russia will supply carbon fiber bodies, the hand-built workforce will toil in a new production facility in the Netherlands, Luxembourg accountants will attend to Spyker’s finances, and there will be new service centers in the South of France and somewhere around the Benelux area.

The caveat to all of this is that the presser informs us, “As soon as a written agreement is reached and the use of trademark rights secured, activities can restart.” Spyker has taught us that anything can happen on the way to the finish line, so perhaps hold off on sending deposits to the Netherlands just yet.