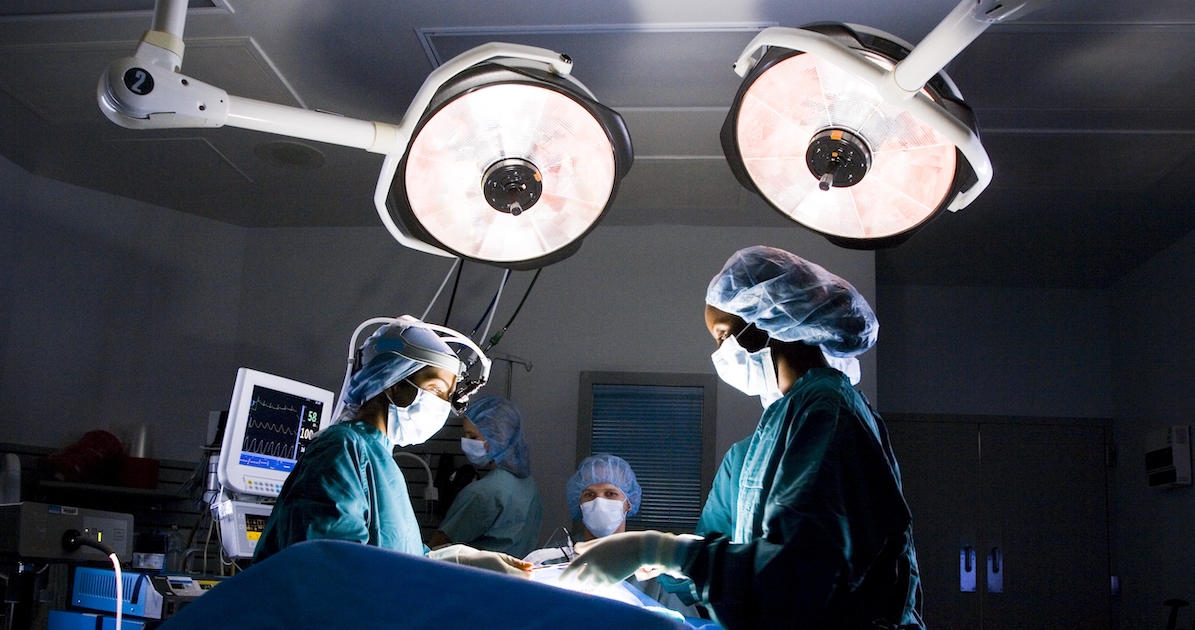 In a small, eight-month randomized controlled trial, researchers evaluated 34 patients undergoing hand surgery and the amount of anesthesia administered intraoperatively in conjunction with or without VR use.

The VR group received significantly less propofol per hour than the control group. Notably, post-anesthesia care unit (PACU) length of stay was markedly decreased in the VR group, with patients discharged from the PACU 22 minutes earlier than control patients.

Patients were divided into a control group, provided anesthesia as recommended by an anesthesiologist during surgery, and a VR group, which viewed programming of their choice via a virtual reality headset and noise-canceling headphones.

The virtual programming, provided by telehealth VR clinic company XRHealth, was designed to promote relaxation and calmness, such as a peaceful meadow, forest or mountain top. Patients could also listen to a guided meditation in the immersive environments or select from a library of videos on a web-based user interface displayed as a theater screen surrounded by a “starry sky” background.

A common practice for anesthesia during hand surgery combines regional anesthesia administered before surgery and monitored anesthesia care during surgery.

Although patients receive anesthesia preoperatively, they may need additional anesthesia intraoperatively, which can result in oversedation and potentially avoidable complications.

Researchers in the above study noted, “VR could prove to be a valuable tool for patients and providers by distracting the mind from processing noxious stimuli resulting in minimized sedative use and reduced risk of oversedation without negatively impacting patient satisfaction.”

However, they did report limitations within the study, including participants being aware of the possibility of reduced sedative dosage. There could also be selection bias, as results from patients who agreed to minimal sedation may not be generalizable to the population as a whole.

Also, providers in the study were not blinded, which could have contributed to the dramatic differences in Propofol dosing between groups, researchers wrote.

“Because of the potential for bias to influence both of these outcomes, our results should be interpreted as preliminary and needing validation in future trials. Further, given these major limitations, our results are therefore best suited to describe how the incorporation of VR immersion into current anesthesia practice for hand surgery can compare with the standard of care, not to serve as proof that VR is an effective pain control modality or is superior to other distraction techniques,” researchers noted.

Extended reality (i.e., virtual, augmented and mixed reality) is currently used in various forms within the operating room and affects patients and surgeons.

Surgeons use augmented reality technology via Augmedics’ xvision system, for spine surgery. Augmedics’ technology allows a surgeon to see a 3D model of a patient’s spine during implant surgery and has demonstrated 99.1% percutaneous screw placement accuracy.

Precision XR’s Surgical Theater enables surgeons to visualize a surgical experience by inputting 3D-imaging models into virtual reality. Providers perform a conventional scan of a patient’s body (MRI, CT scan, etc.). That scan is reconstructed into a 3D image in virtual reality for surgeons to analyze in-depth to prepare for an operation.

Bicycle Health, a startup that offers virtual treatment for opioid use disorder, raised a $5…

A new robotic arm at the Kolling Institute, a joint venture between the Northern Sydney…