Subaru is showing some fun stuff at Tokyo Auto Salon this year. The big news will be the concept it’s teasing, shown above, which will apparently be electrified. It also will be showing some of its sporty models with new STI accessories, including the recently launched WRX.

The concept that Subaru has teased looks quite interesting, even if we can’t see it clearly. The nose looks low, with a low and wide grille a bit like a BRZ, but clearly it’s something unique and original. It has angular, angry headlights like on the WRX. We can make out some air extracting vents in the hood, too. Subaru also provided a name: the STI E-RA concept. The E is definitely a nod to the electrification. The RA is a letter designation seen on past Subarus, and most recently the letters stood for “record attempt” on special edition WRX STIs. So whatever it is, it’s serious and probably quite fast. 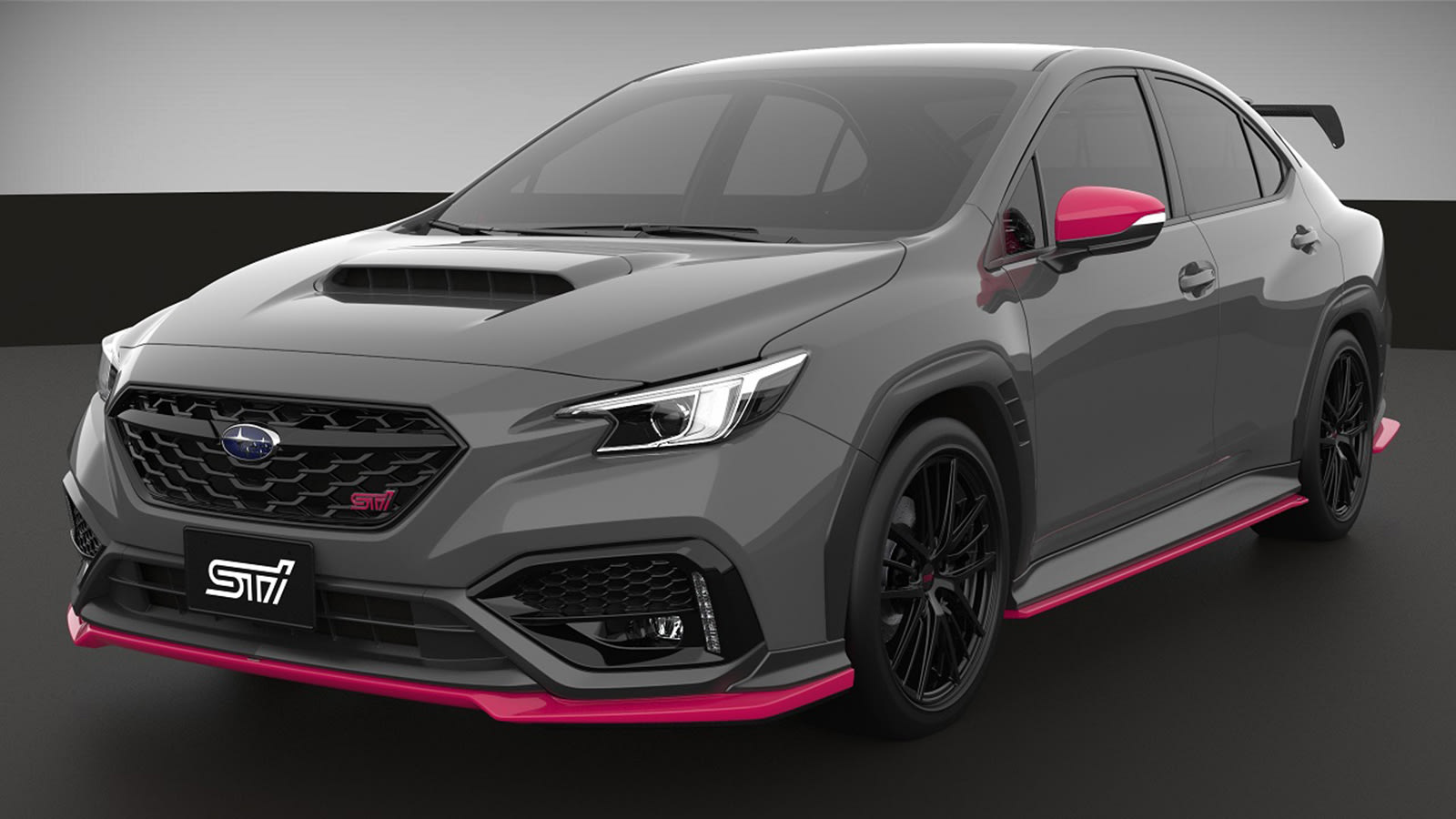 The only car shown so far with STI parts is the WRX, and fortunately it’s shown clearly. The standout parts are the body additions. All around the lower section are lip spoilers and side skirts, and they’re in STI’s signature “cherry red,” which we would definitely call pink. If they weren’t bright pink, they’d actually be quite subtle additions. They’re matched by equally pink mirror caps. They work pretty well with the gray paint, but we suspect the pink would clash a bit with some colors, such as orange. At the back is a huge carbon fiber wing. Subaru says there’s a more aggressive-sounding muffler, too, though obviously pictures don’t do much for us on that subject. Availability isn’t mentioned, but we bet these parts will be offered in Japan, and some may even make the journey to the States. Even if they don’t come officially, we bet there will be some people willing to export them to intrepid buyers.

As for the BRZ and Levorg models, they should be similar to the WRX shown above. They’ll probably be showcases for upcoming STI accessories that will go on sale in the near future. So stay tuned for info on those and the E-RA concept in January.