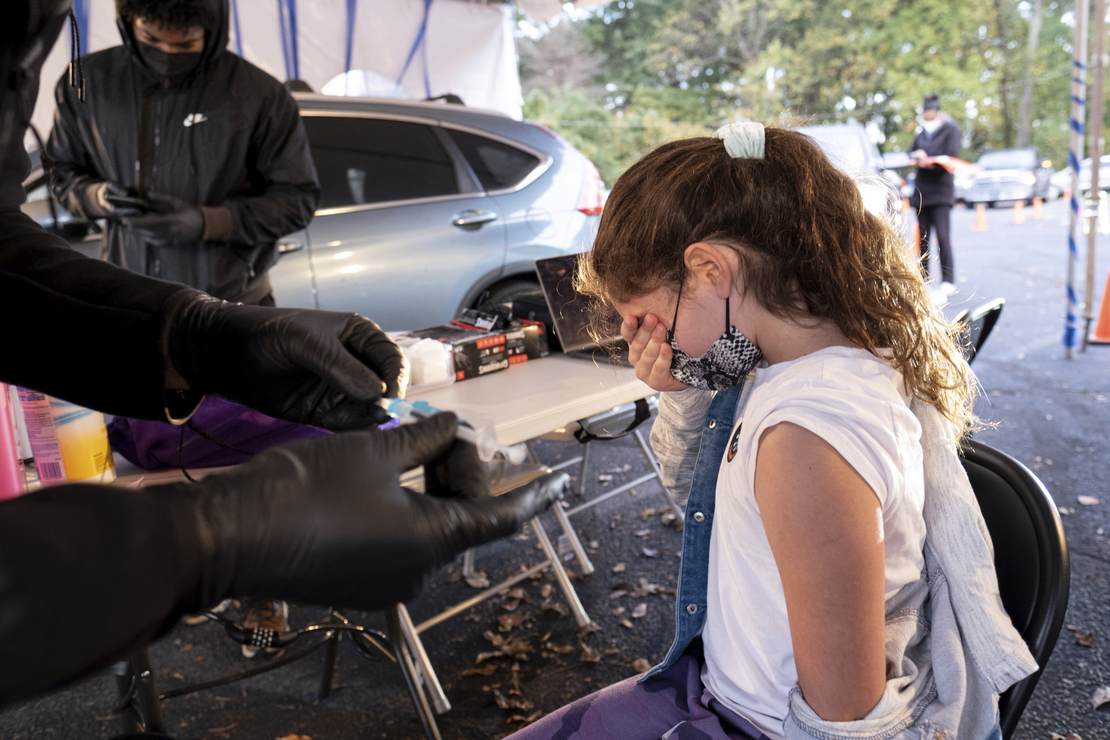 As our sister site Townhall reported last week, Sweden will not vaccinate their children ages 5-11. Unlike the U.S. and other European countries, Sweden is actually following the science.

Sweden has decided against recommending COVID vaccines for kids aged 5-11, the Health Agency said on Thursday, arguing that the benefits did not outweigh the risks.

“With the knowledge we have today, with a low risk for serious disease for kids, we don’t see any clear benefit with vaccinating them,” Health Agency official Britta Bjorkholm told a news conference.

She added that the decision could be revisited if the research changed or if a new variant changed the pandemic. Kids in high-risk groups can already get the vaccine.

Sweden was also an outlier in the COVID narrative by keeping schools open and not masking their kids. Normally you have the Left and Democrats talking about how we need to look to Europe and do what they do. But in this case, they have tacitly ignored Sweden’s example, not to mention their data and factual evidence that disproves much of the agenda of masking and lockdowns.

The CDC and the FDA have already approved vaccinations for children in this age group. Now, the United States, with full approval from Dr. Anthony Fauci, is leading the charge to vaccinate babies.

The case for vaccinating older people and those with underlying health problems has always been clear-cut: Trials and real-life experience show recipients as gaining significant protection against catching the disease and particularly from being hospitalized and dying from it.

For children, who rarely suffer severe illness from Covid-19, the benefits accrue mainly—though not exclusively—for others: older people with whom they come into contact while infected and the broader population. Advocates of vaccinating children also say it will help restore some normalcy to schools and reduce quarantines.

Sweden has once again refused to participate in the theater. Sounds like this country actually cares about the health and well-being of its citizens.

How refreshing… and also damning.

Most of the European Union and South American countries are on board with destroying children’s health. Mexico and Africa seem to be among the few hold outs, but the fearmongering continues to increase the pressure for them to cave.

This decision by Sweden continues to shed more light on the Left’s true agenda: get the future generations dependent on vaccines, boosters, masks, or whatever else they choose to throw down the pike to keep people under control. It has little to do with actual health, since of all age categories, children are at the lowest risk of acquiring, transmitting, or dying from COVID.

Meanwhile in the US https://t.co/b1YyKPf6IZ

And possibly something darker. Dr. Robert Malone alluded to this in an interview:

“Evil can sometimes be intentional, and sometimes it’s unintentional, but right now what we’re seeing happening with our children is fundamentally evil,” he said.

“It’s just a question in my mind to what extent it’s been intentional. And I hope it hasn’t been.”

Because of the political and factual winds are no longer in the Left’s favor, they are pulling back, and parroting what real scientists and experts have been saying for almost two years. But, don’t believe they’ve given up on their agenda. With the lies that continue to be exposed, it’s always best to keep eyes in the back of the head.