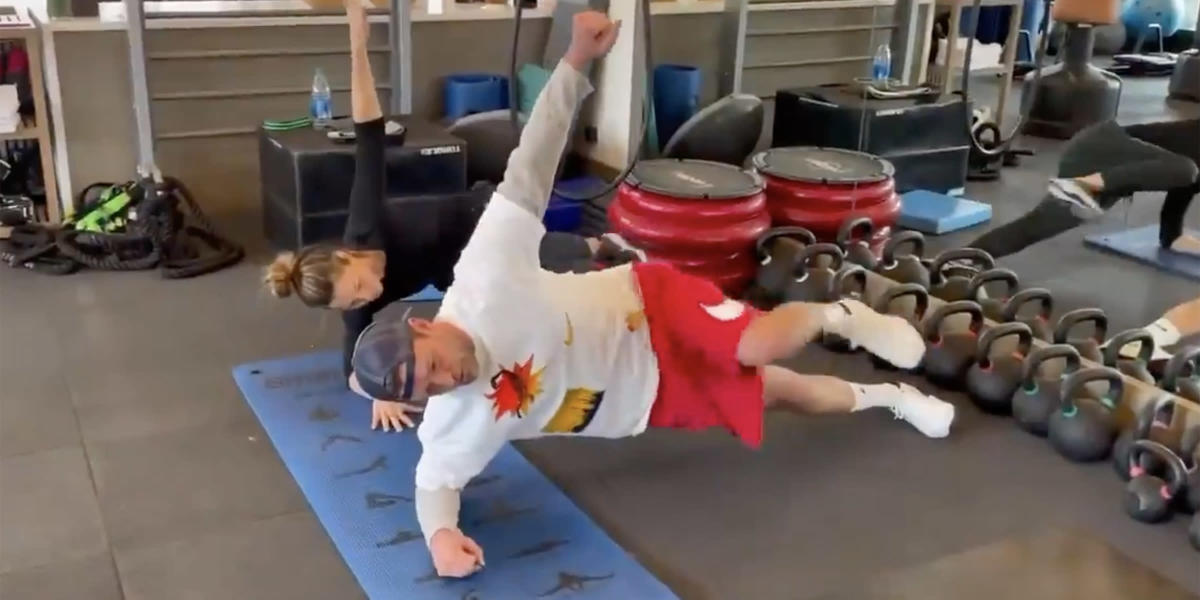 Justin Timberlake and Jessica Biel are two gym buddies who are perfectly in sync.

The pair, who married in 2012 and share two kids, posted a short video of them working out together Wednesday on Instagram. The sped-up montage, which is set to composer Vince DiCola’s “Training Montage” — aka that seriously motivational song from the “Rocky IV” soundtrack — shows the couple in a gym zipping through various routines on an exercise mat.

Timberlake, 40, and Biel, 39, move through a few modified pushups and planks that incorporate strenuous arm and leg movements. When they finish, Biel lets out an exhausted sigh.

“Swolemates. See you in 2022 🙌🏻,” they each captioned the clip. (“Swolemates,” for those who don’t hit up a gym, are sweeties who work out together.)

The pics give a rare glimpse of the couple’s sons, Silas, 6, and Phineas, 1, and we do mean glimpse, because they’re shot from behind and don’t reveal either child’s face. The photos show the whole family walking down a gravel road with Biel holding Phineas in her arms.

“Thankful for my guys…” she wrote in her caption. “Merry Christmas everybody!!”

In June, the “7th Heaven” alum opened up about quietly welcoming Phineas, whom she jokingly called her “secret COVID baby,” during an interview on Dax Shepard’s podcast, “Armchair Expert.”

“It wasn’t like it was supposed to be a secret. It was just COVID happened, and then I went to Montana with my family and never left,” explained Biel.

The “Sinner” star said she and Timberlake were thrilled to expand their family, though they had to readjust to having a newborn baby in their home again.

“I forgot what happens,” she said, laughing. “To you, as a person, as a human. With your partner, with your sleep schedule. I forgot. I’m happy we’re 11 months in because it was serious.”

And while Biel acknowledged that having two kids is definitely more work, she was getting a kick out of both of her boys.

“Like, (Silas) is a real person saying the funniest stuff and he’s so sensitive and tender,” she said, adding that “the little one is just cute as hell.”