Skip to content
Breaking News
Mom of Rushdie Stabbing Suspect Says She’ll Never Speak to Him Again Ex-CIA agent says fallout over raid on Trump’s Mar-a-Lago resembles the lead up to the January 6 Capitol attack and predicts there will be another ‘catastrophic event’ Booty Shorts Are Out, and Bermuda Shorts Are In—7 Celeb Looks That Prove It I Never Stop Stalking Bella Hadid’s Outfits, so I Copied Her Looks for a Week Since Politicians Do Nothing About It, Tim Tebow Is Fighting Against Human Trafficking 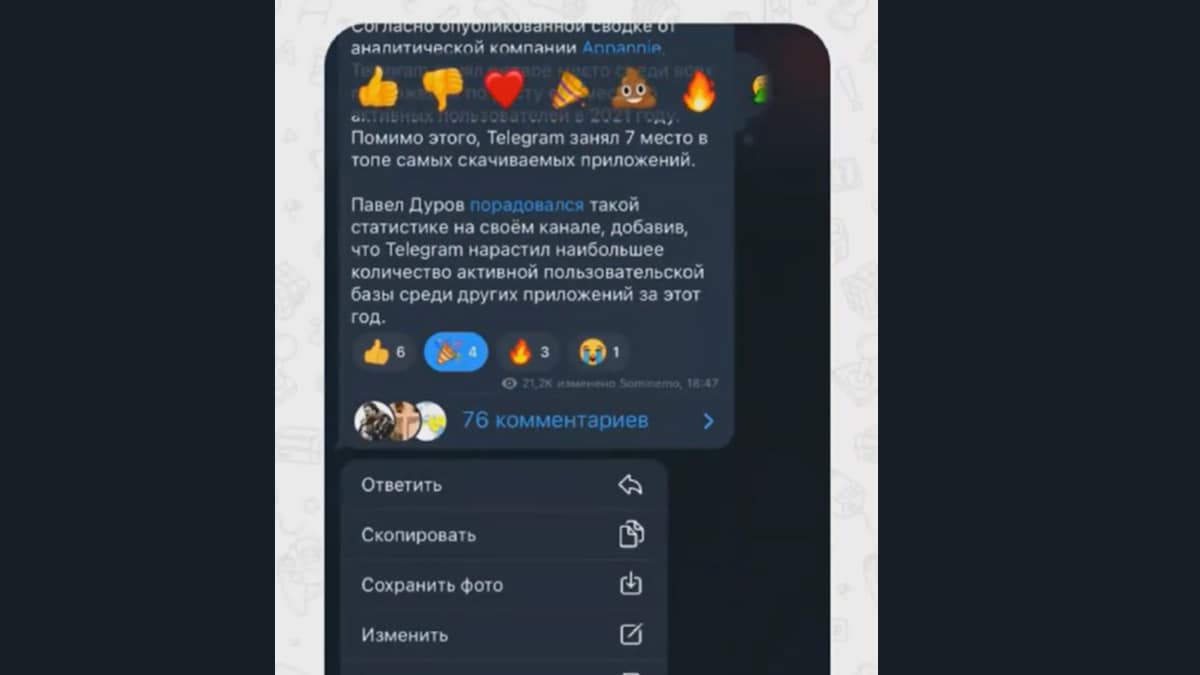 Telegram announced new features including Live Text support and media captions formatting for iOS users recently. Now, the instant messaging platform has been spotted working on a message reactions feature to let users express their emotions in response to the messages they receive on the app. In the beta version of Telegram for iOS, users can reply to a message sent in groups or channels through different emojis. Users can pick from 11 different emoji to share reactions to chat. These include thumbs up, thumbs down, heart, and more. Similar to Instagram and iMessage, whenever an emoji is selected, users can see dynamic animations as well.

The testing of emoji reactions for Telegram’s iOS platform was spotted on a Reddit post. With this feature, users can select an emoji to express their reaction to a particular message or post on Telegram. As mentioned, users can select from 11 reactions now. As per the Reddit post, these include — thumbs up, thumbs down, red heart, fire, party popper, pile of poo, vomiting face, face with tears of joy, loudly crying face, screaming face, and star-struck face. This could work similar to how reactions are available on iMessage, Instagram, and Twitter.

The emoji reactions selected can be seen as small moving animations. In group chats or Telegram channels, users can click on a message to know what reaction people have left for each message. Admins can disable the emoji feature in groups. They can also allow a limited selection of reaction emoji.

Although it was found in the iOS version, Telegram for Android is likely to receive the feature eventually.

Currently, Twitter, Instagram, and iMessage allow users to express their emotions by adding emoji reactions to the messages they receive. WhatsApp was also said to be working on message reactions.