Love your new Tesla Model S but hate the stupid yoke? That’s OK, we get it. In fact, everybody who actually drives their cars gets it. But now there’s a more viable solution for your buyer’s remorse: an aftermarket steering wheel replacement from Tesla tuning shop T Sportline.

As shown above, the replacement is virtually identical except for the top rim, which is filled in and then wrapped in either leather or carbon fiber. T Sportline also offers replacement yokes finished with different materials. You know, just in case your only objection to the yoke is that it didn’t come in lime green from the factory. 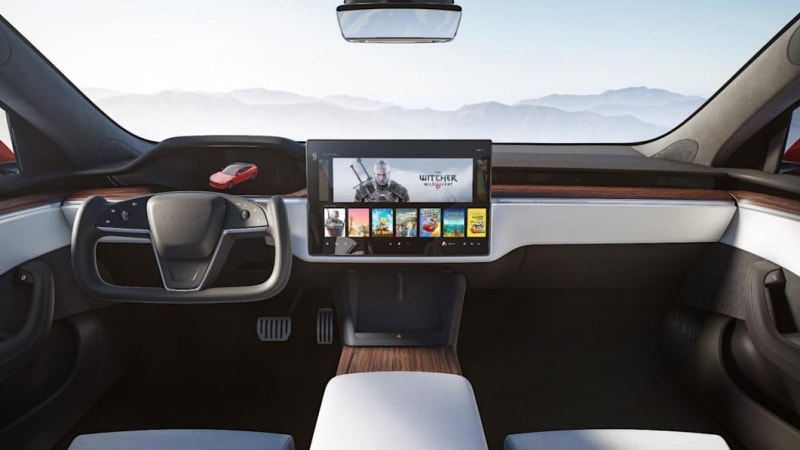 Unfortunately, Electrek reports, it’s not exactly a simple plug-and-play job. The airbag has to be swapped over to the new wheel, and not all feature packages are compatible with the replacement. If you got the cold weather package, for example, you’ll lose your heated wheel function.

Replacements also lacks the gear selector and turn signal stalks found on a Model S built with the standard wheel, so while you’ll get a conventional shape, you’re still stuck with the push-button wheel controls.

The Infiniti Q50 sedan continues for 2023 without the support of its coupe sibling, the…

The Kia Sportage Plug-In Hybrid slots in at a lower price than the RAV4 Prime….

The 2023 Kia Sportage has impressed us so far, particularly its hybrid version. But the…