The Model Y earns top “Good” ratings in all six crash-testing and crashworthiness categories. It’s offered with a front crash prevention system that earns the top “Superior” rating for helping avoid collisions with vehicles and pedestrians; and it earns a top “Good” rating for the LED projector headlights featured in the Model Y Performance or “Acceptable” for LED reflector headlights in other versions.

Altogether, that qualifies the entire Model Y lineup for the IIHS’s top tier, its Top Safety Pick+ rating. The organization notes that it applies after a software update—which in Tesla’s case is one that’s easily downloaded over-the-air.

The Model Y already earned top five-star overall results in federal NCAP crash-testing, as well as five-star results in all subcategories of testing. 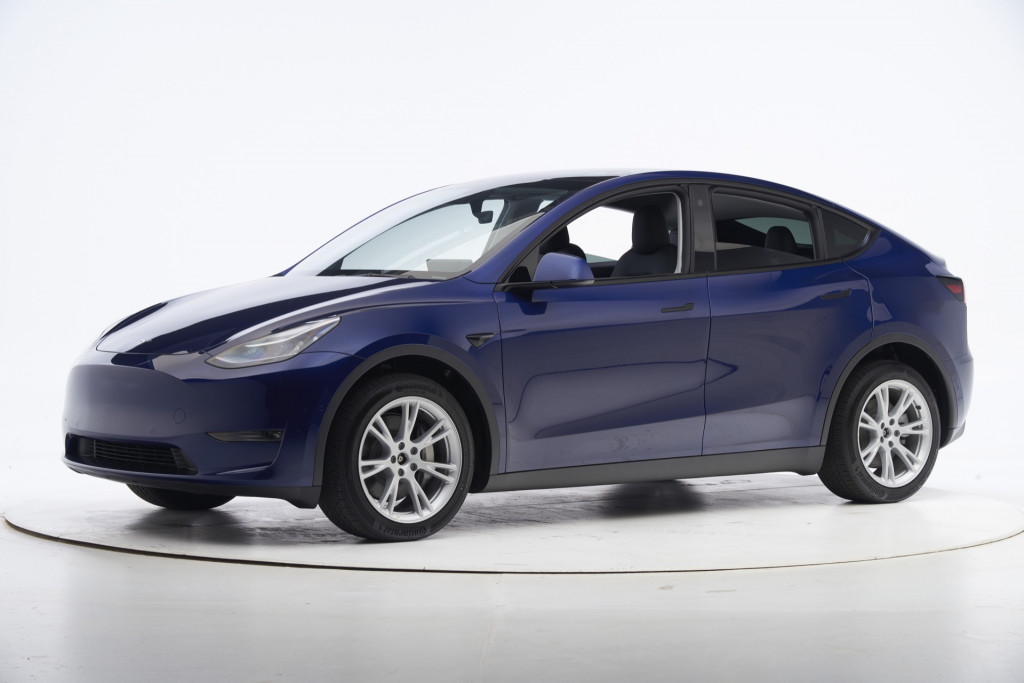 Some initial Model Y vehicles were delivered with the previous-generation system, which the IIHS notes earn a lower “Advanced” rating in crash avoidance tests.

The Model Y isn’t the first smaller electric crossover to earn the top nod from the IIHS. The Volkswagen ID.4 and Volvo XC40 Recharge have already earned Top Safety Pick+ status earlier this year, and the Ford Mustang Mach-E earned the next-best Top Safety Pick rating, let down only by headlight performance. The Audi E-Tron was the first EV of any kind to earn the Top Safety Pick+ distinction, while the Tesla Model 3 first earned it in 2019.

Tesla has downplayed IIHS test results in the past, noting that they’re less important for judging a car’s safety than those of the federal government. However most automakers look at the IIHS tests as the toughest and a point of pride when they achieve them. It’s yet another great achievement for this top-selling EV.