Here’s a form of electric transportation you may not have considered before: The Moonbike. It’s a new electric snow bike, and it’s officially headed for the U.S. now.

The concept is simple. Offer a silent and reliable form of snow transportation in bike form. Chrysler tried to do the same back in the late 1970s and early 1980s with its Sno-Runner, but a number of flaws kept the Sno-Runner from having any staying power in the market.

Theoretically, the Moonbike should make for relatively trouble-free snow running. Its propulsion system is capable of taking the bike to a top speed of 26 mph. Since it’s electric, you’ll get to experience the Moonbike’s full thrust of 125 lb-ft of torque at the moment you squeeze the throttle, too.

When it comes to range, there are two battery pack options. The standard Moonbike comes with a single 2.5 kWh battery that is rated for 1 hour of use in “Sport” mode or 1 hour and 30 minutes in “Eco” mode. An optional 5 kWh dual battery model doubles those range figures, so you could get up to 3 hours of use on a charge with that model. Moonbike says these times are estimated with a 175-pound rider and assumes you’re riding on a groomed trail. Add weight or ride in deeper powder, and we’re sure your range will suffer. 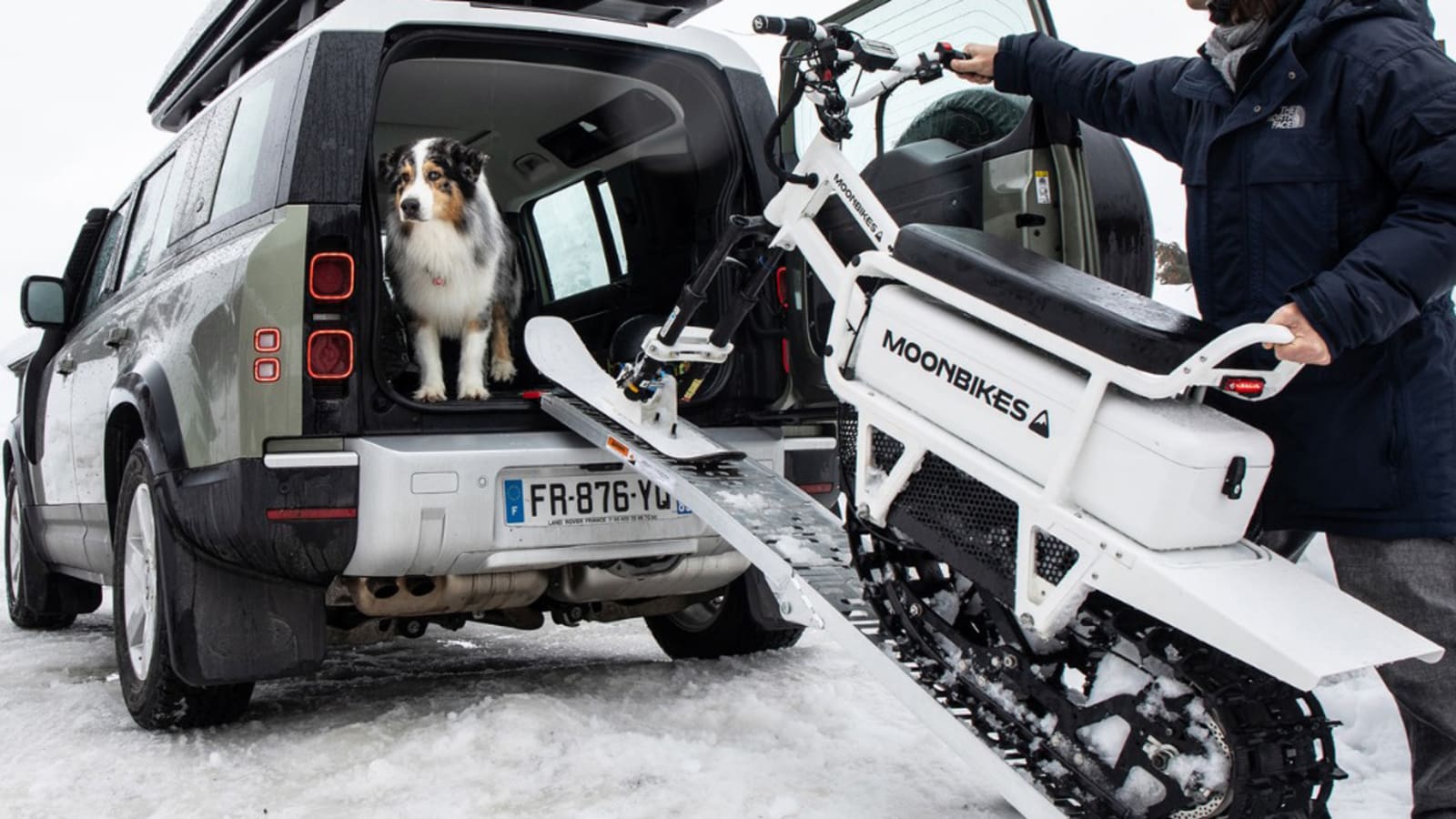 If those times aren’t enough, Moonbike says it’s possible to bring extra batteries along for the journey. You can swap them out “in less than 5 minutes,” according to the company. That said, each battery weighs about 27 pounds, so you’ll be lugging around a lot of weight if you do bring extra batteries. Plug the Moonbike in (with the standard battery pack), and it’ll take 5 hours and 45 minutes to fully charge. An optional fast charger reduces that time to 3 hours.

The standard Moonbike as a whole weighs 192 pounds, and the dual-battery model weighs 220 pounds. You can ride it through a maximum snow powder depth of 12 inches, and if the trail is groomed, it’ll climb grades up to 40%. The electric system itself is rated to operate in temperatures as low as -13 degrees Fahrenheit.

If all of the above sounds enticing to you, Moonbikes is beginning sales in the U.S. now, and the starting price is $8,500. It’s been on sale in Europe before now, so this is a big expansion for Moonbikes. Assembly is outsourced to Bosch in France, and maintenance is promised to be minimal, which is something the old Chysler Sno-Runner just couldn’t say.