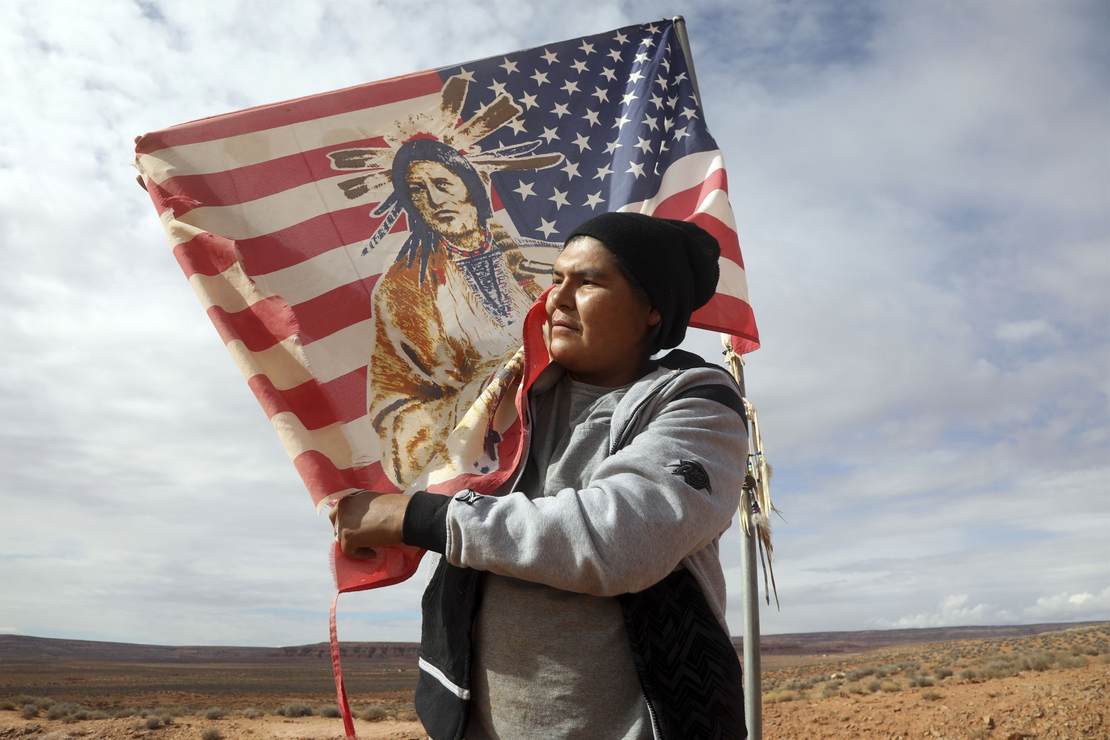 Here’s a fun one for you. According to the latest U.S. Census, the Native American population in the United States grew by 86.5 percent between 2010 and 2020.

But how could this be possible? In a piece for The Conversation, Circe Sturm, Professor of Anthropology at the University of Texas at Austin College of Liberal Arts wrote that this is a rate of growth that “demographers say is impossible to achieve without immigration.”

Well, it’s not likely that more Native Americans are entering the U.S. right? So, there has to be another explanation.

But, according to Sturm, this increase is occurring because “individuals who previously identified as white are now claiming to be Native American.”

The author refers to this phenomenon by what she calls “racial shifting.”

But what is interesting is that the author points out that those choosing to identify as Native American are trying to move further from “whiteness.” The author says that in her 14 years of researching this issue and interviewing “dozens of race-shifters” for her book, “Becoming Indian,” she “learned that while some of these people have strong evidence of Native American ancestry, others do not.”

Yet nearly all of the 45 people who were interviewed or surveyed for the book believe they have Indigenous ancestry and that it means something powerful about who they are and how they should live their lives. Only a tiny – but troubling – number makes blatantly fraudulent claims to advance their own interests.

The author goes on to quote historian Philip Deloria when he wrote in 1998 that during the 1950s and 1960s, many white Americans appropriated non-white identities. “White Americans, often with the encouragement of the counterculture and later New Age movements, began to seek new meanings in Indigenous cultures,” Sturm wrote. She also noted the gradual change in the Native American population:

According to the author, these individuals shifting from white to Native American do not view themselves as people who are pretending to be Indian, but “as long-unrecognized American Indians who have been forced by historical circumstances to ‘play white.’”

Some of these individuals contend their ancestors and families avoided anti-Indian government policies by “blending into white society.”

This behavior is similar to that of Creoles and other light-skinned black Americans who passed as white to avoid being discriminated against. These race shifters seem to believe they come from ancestors who were forced by society to “play white” in order to be accepted by the dominant society. The author wrote:

When speaking to me about their former white lives, racial shifters often described a period of sadness when they searched for meaning and connection. Only when they began to look to their family histories did they realize all that had been lost when their families assimilated into whiteness. As one woman from Missouri put it: “They forced us to be white, act white, live white, and that is a very, very degrading feeling.”

However, as Sturm stated previously, most of these folks have little to no evidence to back up their claims that they are indeed Native American. “The genealogical and historical details might not always be verifiable, but the emotions are real enough. It makes perfect sense that once race shifters link their melancholy to assimilation, they try to ease their sadness by rejecting whiteness and reclaiming an Indigenous status,” she explained.

The author attributed this ongoing trend to the growth of a certain perception of “whiteness” in American society. She pointed out that whiteness “has taken on increasingly negative connotations.”

One of Sturm’s interviewees with race shifters told her: “We had an emptiness inside of us, that we did not know who we were or what we were.”

These people also “associated whiteness with social isolation, unearned privilege and guilt over colonialism and slavery.”

The author also acknowledges “insecurity” among whites with their identity. She wrote:

Today there is growing insecurity about what it means to be white in America. We see this being expressed in public debates about white fragility, affirmative action and colorblind policies. Of course, there’s still much security in being white: White privilege is an ongoing reality of American life, and something most white people and white racial shifters take for granted.

However, she also explains actual Native Americans view this trend as an encroachment on their culture. Richard Allen, a former policy analyst with the Cherokee Nation told Sturm “Not only is that an insult, but it’s also an attack on our sovereignty as Cherokee people, as the Cherokee Nation.”

A significant number of racial shifters have even gone so far as to create their own tribes outside of governmental recognition. Sturm discovered 253 such groups “scattered across the U.S. that identify as some sort of Cherokee tribe.”

The author’s theory is that racial shifters are attempting to change their racial identity because they wish to escape from the negative connotations about “whiteness.” They seek to avoid being associated with something the far left has publicly demonized in the culture.

This is probably true.

But I think it is worth speculating that much of this might be a desire to enter into what we call the “victimhood Olympics.” The bottom line is that being part of a group that has been historically oppressed carries with it a sort of cultural currency. It makes one feel as if they are part of the struggle for justice and equality, and this even grants their own privileges in progressive circles.

When you factor in how the theory of intersectionality has been used by the far-left on college campuses and elsewhere, one can understand why so many whites would wish to adopt an identity that they perceive to be more acceptable to the culture, which has been highly influenced by the tenets of the religion of wokeism. It won’t be shocking if we continue to see this phenomenon branch out into other races and cultures, as the left continues to vilify the idea of “whiteness” in the culture.