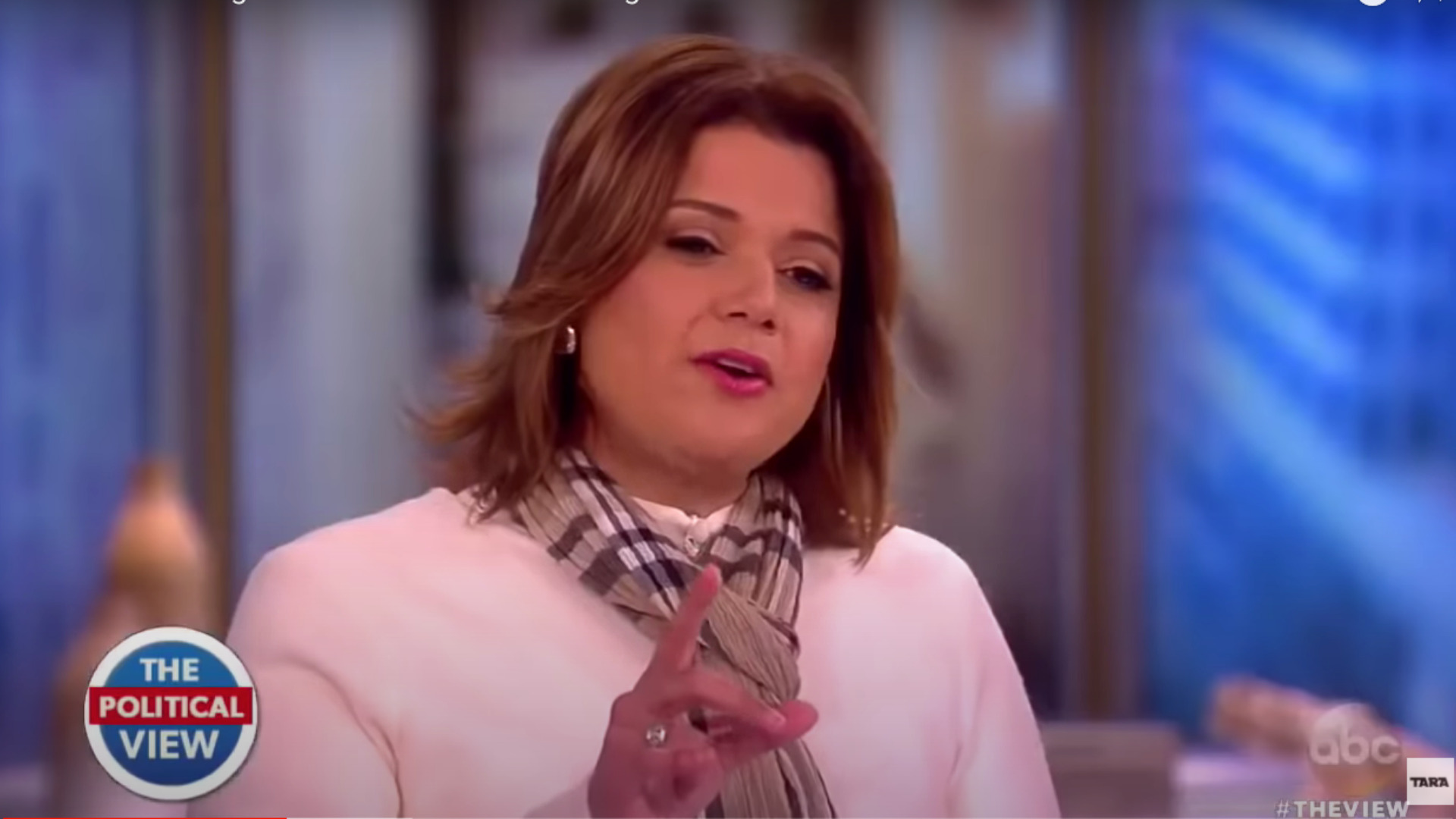 Navarro’s best effort was to say that the RNC now stands for “Republicans with no cojones.”

Navarro made her remarks during a discussion with her co-hosts on “The View.”

RELATED: Trump Fires Back After Mike Pence Says He Had ‘No Right’ To Object To Electoral College

Navarro: ‘It turned into a cult, and they worship at the altar of Trump’

The women of “The View” were particularly upset that the Republican National Committee finally made the smallest gesture to their voters, when they formally censured ‘Never Trump’ GOP Reps. Liz Cheney and Adam Kinzinger for taking part in the Democrats’ January 6 committee.

Navarro said, “Well, first of all, let’s talk about the RNC. The RNC and this censorship against Kinzinger and Liz Cheney — imagine Dick Cheney’s daughter being censured by the RNC, which apparently now stands for Republicans with no cojones.”

The phrase is Mexican slang for testicles.

“It turned into a cult, and they worship at the altar of Trump,” she added. “It’s ridiculous.”

Navarro also touched on former Vice President Mike Pence going against former President Donald Trump in insisting that the vice president has no ability to object to electoral votes.

Navarro said, “Mike Pence, it took him 13 months, but I applaud him, nonetheless.”

BREAKING: Former Vice President Mike Pence says he had “no right to overturn the election,” directly rebutting Donald Trump’s false claims that Pence somehow could have done something to prevent Joe Biden from taking office. https://t.co/cLwlRU67Qj

RELATED: Stacey Abrams Lashes Out At Critics Of Her Maskless Photo Op Surrounded By Masked Children

Navarro: Pence Has No Political Future

Navarro went on, “Mike Pence, as long as Donald Trump controls the Republican Party, which he does right now, is never, ever going to have a political future. So given that, the least he could do is try to recover a modicum of dignity.”

Navarro then had some advice for the former vice president.

“I would say to Mike Pence, if you feel so strongly about this, instead of speaking in front of the Federalist Society, you should speak in front of the January 6 committee and tell them what you know,” Navarro advised.