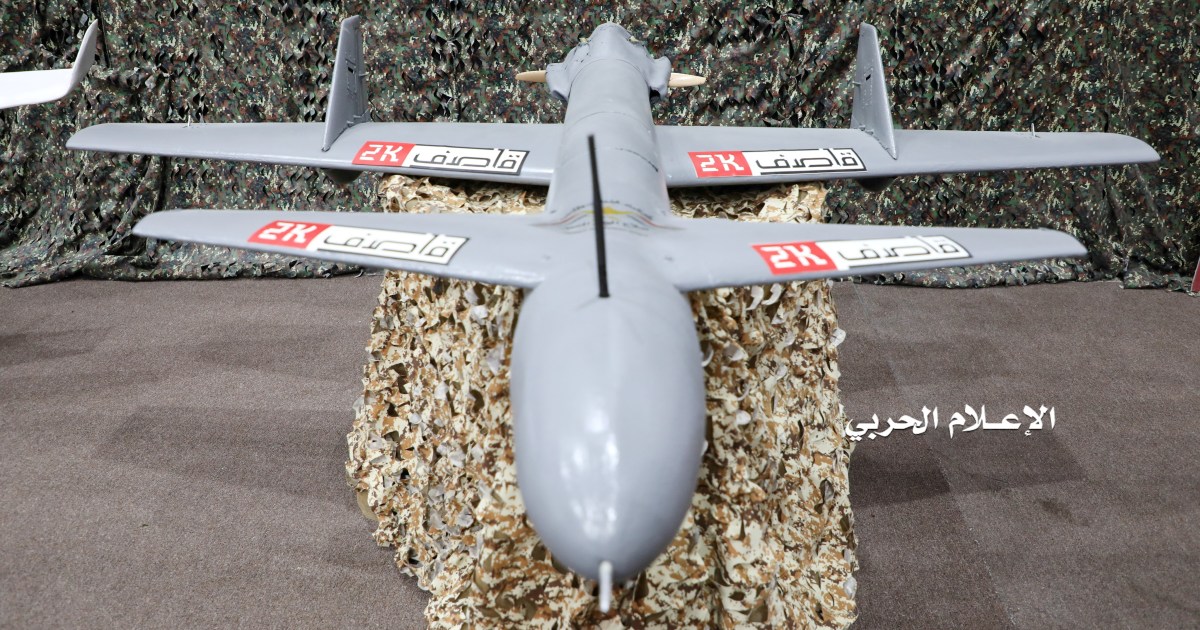 Houthi rebels have claimed several attacks on the UAE over the past week, amid a new phase war in the war in Yemen.

The United Arab Emirates has been hit by several drone and missile attacks over the past few weeks amid an escalation of the conflict in Yemen.

The UAE is part of a Saudi Arabia-led military coalition that intervened in Yemen in March 2015 after the Iran-aligned Houthis seized control of the capital, Sanaa, from the Yemeni government.

The Houthis have claimed responsibility for most of the recent attacks on the UAE, although a little-known Iraqi group claimed it was behind a drone attack on Wednesday – suggesting the UAE is now being targeted from its north and south.

The Houthis have over the years launched multiple missile and drone attacks on neighbouring Saudi Arabia. But until this month, the last Houthi-claimed attack on the UAE had been back in 2018.

UAE-backed forces largely avoided engaging the Houthis in battle since 2018. But in recent weeks, Emirati-backed groups have pushed into Houthi territory, causing the group to launch attacks against the UAE.

The timeline below outlines the escalation in violence.

A drone attack claimed by Yemen’s Houthi rebels triggered a fuel tank blast at a storage facility in Abu Dhabi that killed two Indians and a Pakistani working for oil giant ADNOC.

The Houthis also targeted an under-construction extension of Abu Dhabi International Airport, causing a fire to break out.

Yahya Saree, the military spokesman of the Houthis, said the group had “carried out … a successful military operation” against “important and sensitive Emirati sites and installations” using ballistic missiles and drones.

The Saudi-led coalition retaliated to the attacks by carrying out air raids what it said were Houthi strongholds and camps in Sanaa. The air raids killed at least 12 people, according to residents.

Coalition attacks around the city had killed a total of about 20 people, the Houthis’ deputy foreign minister said on Twitter.

Dozens of people were killed when a temporary detention centre in the northern province of Saada, a Houthi stronghold, was bombed.

The United Nations called for “prompt, effective and transparent investigations” into the raids.

The coalition denied it was behind the attack but pledged to investigate.

The Houthis said at least 91 people were killed and more than 200 others wounded in the air raid.

The UAE said it had intercepted and destroyed two ballistic missiles fired at Abu Dhabi by the Houthis.

The Houthis said they targeted al-Dhafra airbase, as well as “vital and important” locations in the Dubai area.

The UAE said it intercepted and destroyed a ballistic missile fired from Yemen as the Gulf state hosted Israeli President Isaac Herzog on the first-ever visit to the country by an Israeli head of state.

The UAE’s defence ministry said the debris of the missile fell on an uninhabited area. It did not say whether the missile was targeting the UAE’s capital Abu Dhabi or Dubai.

The Houthis confirmed it had fired a number of ballistic missiles at Abu Dhabi, and had also fired several drones at Dubai, the regional business hub, and said the headquarters of international companies in the UAE will be targets of attacks in the coming period.

The UAE said it intercepted three drones that entered its airspace over unpopulated areas early in the morning.

The attack was claimed by a little-known Iraqi group calling itself the True Promise Brigades, according to the US-based SITE Intelligence Group.

The group said it launched “four drones targeting vital facilities in Abu Dhabi” in retaliation for the Emirates’ policies in Iraq and Yemen.

Its only other claim was in January 2021, when it said it had launched a drone targeting Saudi Arabia.