Home Technology To Succeed in Silicon Valley, You Still Have to Act Like a Man 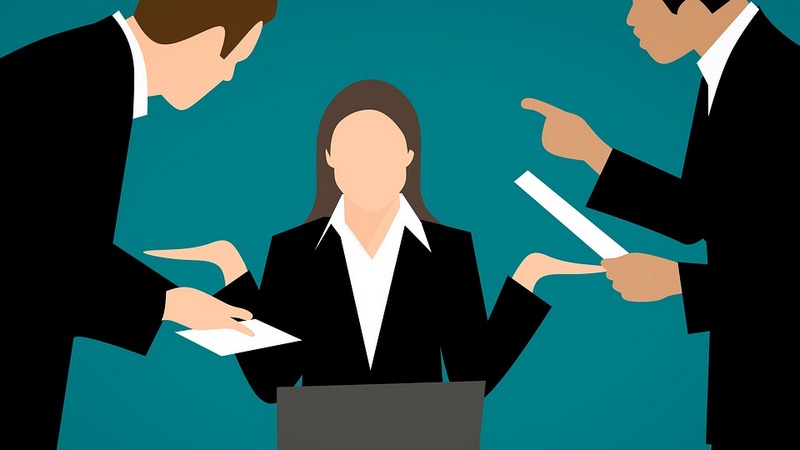 As a female start-up chief executive – and woman of colour, no less – I always knew pitching my company to potential funders would sometimes be maddening.

In one of my first meetings, a male investor avoided eye contact with me and addressed his questions to my male co-founder. My co-founder, without pause, would politely turn to me and repeat the question verbatim. This went on for multiple rounds as if we were caught in some surreal reenactment of an “Abbott and Costello” skit. Later, when I brought this up to a male mentor, he suggested letting my male co-founder pitch alone, or for me to deliberately take a back seat during investor meetings. “Better yet, A/B test it,” he said, “and let me know which one gives you the best response.”

The message was clear: Be a man or be invisible.

I am not the only one who has had that realisation. Many female entrepreneurs I know play up masculine traits, and why shouldn’t we? Research shows investors prefer entrepreneurial pitches presented by men rather than women, even when the pitch is the same. This could be because, as other research has found, the term “entrepreneur” evokes the image of a man in people’s minds. Multiple findings suggest women, as they become more successful in the workplace, lower their vocal pitch to signal authority. A notorious example, Elizabeth Holmes, raised massive amounts of funding despite her company’s failure to produce real tech, in part by using sartorial references (Jobsian black turtlenecks) and her baritone voice (which we now know was also a calculated affectation) to signal competency.

The truth is, I have also deliberately played up the masculine aspects of myself to fit in. I understand kinship goes a long way toward establishing empathy. Almost every entrepreneur would admit pitching is a performance to establish connection, but I would propose it is even more so for women. When women pitch mostly male investors, we essentially do it in drag. We “code” male. We may no longer wear the shoulder pads of the 1980s but that is because dress, vernacular and careful selection of cultural touchstones are the superficial accoutrements of a gendered performance. Women have advanced the art much further.

The question is whether it is helping. On the margins, I see more women in powerful roles than I did two decades ago. On the whole, though, I see a system that has codified norms that marginalize the diversity of thought women bring to the table.

Code switching is a skill I developed as a first-generation immigrant trying to fit into new contexts and further honed while operating in the largely male ecosystems of engineering and business. In entrepreneurship, constructing a gendered persona to signal to male investors that “I’m one of the boys” is an art form that can engage my creativity and further expand my craft. I have strategically deployed a variety of traditionally masculine tropes to convey I am competitive, competent and intent on empire building: I have referred to an adviser as the “Godfather” of a biological pathway, chided others for Monday morning quarterbacking and mastered more military jargon than reflects my personal tastes.

Yet despite this impulse toward conformity, the reality is less than 5 percent of Fortune 500 chief executives are women, and a meager 3 percent of venture capital is secured by female chief executives. From corporate behemoths to fledgling start-ups, the statistics are underwhelming.

For all our posturing as we work to acquire funding, the data does not seem to justify our efforts. That is a compelling enough reason to examine the associated cost. All of us are adept at performing different aspects of our identities, but there is a critical difference between code-switching as a form of expression and as a requirement for survival. Women like me exist in professional and personal ecosystems that devalue not only femaleness, but also any perceived “otherness.” For us, the demand to perform is constant, and there is a tax – physical, mental and emotional – associated with maintaining the mask.

At its most egregious, this entails trade-offs between what feels right and what feels opportunistic. A white male investor once told me he liked to hire people that looked like him – they gave him confidence they could deploy his funds as smartly and effectively as he could. Instead of engaging in a difficult conversation about the harmful consequences of this implicit bias, I forced a smile and applauded his honesty. That felt like a profound betrayal of self. But these are the existential choices foisted on women as they enter spaces where they are a minority voice.

In my own case, the technology I am developing – a “smart” tampon that tests the endometrial cells shed in menstrual fluid for disease – only complicates matters, partly because our potential funders are unaccustomed to talking about menstruation. Some of my mentors recommended I mask the technology itself: Strip the deck of “menstrual blood” and call it a novel female substrate, they suggested. Don’t say you’re a “women’s health” company. It signals a lack of scientific heft. I understood them to mean: Try to look as little as possible like what you really are – a woman-led company utilizing female biology to advance health care for half the population.

Ultimately, I realized I cannot project my male alter ego and simultaneously talk about my period. I had reached the limits of professional theater. The business of pitching something so feminine was a catalyst to drag me out of drag. And it turns out, that is a good thing. What is most disturbing about coding male is the insidious way it positions women into propping up the status quo. There are few seats made available to women at tables of power and influence. We morph, mask and transform so we are perceived as belonging in them. How much of ourselves, of our otherness, is lost to make us seem equal, or at least capable? By masking ourselves, we simply perpetuate the system we have inherited.

In my conversations with other female entrepreneurs, a common refrain is we must “play the part” until we are successful enough to be ourselves. Staying in character to slowly change the composition of these ecosystems is supposedly the best thing we can do, not only for our own careers, but also for “all women.” Tactically, many women have accepted we will compartmentalize, create cognitive dissonance and manage the tension between who we are and what we do for our advancement. For my part, I realized that by not presenting authentically as a woman, I am working the system, not changing it. I am an inferior advocate for female consumer needs if I am sitting at tables of power incognito as a white male. That is diversity at face value, not a true addition to the voices in the innovation ecosystem. And these voices are many. Men have told me they feel similar pressures to play “alpha.” People of color have to play “white.” Gay men have to play “straight.” We should not seek to protect a broken system that enforces such a tedious uniformity of behavior. There is little hope of creating new models for a better future so long as we over-accommodate ourselves to the old ones.