Skip to content
Breaking News
Vegas hero survived mass shooting but died of suicide; parents now looking for those he saved Myanmar model sentenced to 6 years in jail by military court after posting pics on OnlyFans The Best Basic Ribbed Tanks to Buy and Wear All Season, Starting at $8 I’m So Tired of My Boring Black Puffer—These Colorful Layers Have My Attention  With the Arrival of October and Autumn, Here Are Some of the Worst Pumpkin Spice Products Released 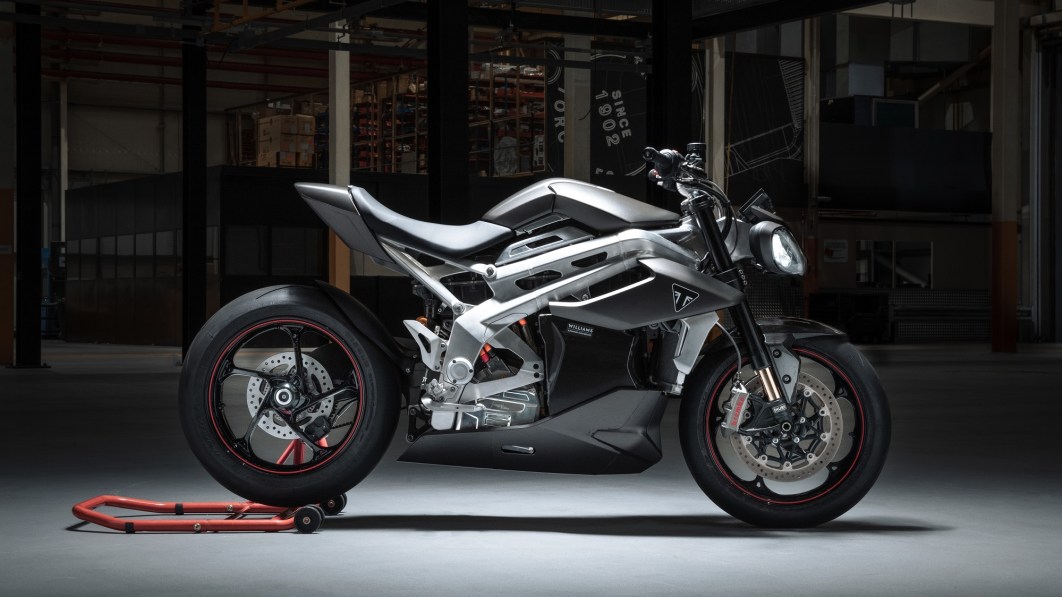 Triumph has reached a significant milestone in its quest to bring an electric motorcycle to the market. Working jointly with Williams Advanced Engineering, the British firm has completed a prototype called TE-1 that it plans to begin testing on and off the track in the coming months.

Engineers faced major challenges during the development process. The heaviest part of an electric powertrain is the battery pack, so they needed to make it as light as possible and install it where it doesn’t drastically alter weight distribution. Williams Advanced Engineering solved most of these issues by starting from scratch rather than by adapting existing components. The 15-kilowatt-hour battery is mounted relatively low in the chassis (lower than the fuel tank on a gasoline-powered motorcycle) and the control unit is integrated into the pack to save weight. Power comes from an electric motor that develops a peak output of 174 horsepower and 107 horsepower of continuous power.

Zapping the battery from zero to 80% takes less than 20 minutes thanks in part to a 360-volt electrical system. Performance and range figures haven’t been released, though Triumph pledged that the TE-1 is being designed with a “market-leading target range” in mind. And, the Brembo braking components and the Öhlins parts in the suspension system suggests the prototype will be seriously quick.

Triumph will spend the next six months fine-tuning the TE-1. It notably needs to calibrate the powertrain’s various systems and ensure that the bike performs as intended, even if the battery’s charge is low. More details about the production-bound model will emerge later in 2022, we should see the TE-1’s final body panels (and see it in motion) during the summer, but there’s no word on when it will reach showrooms. It may remain at the prototype stage: Triumph suggested the project’s main goal is to develop the technology that will power future models.