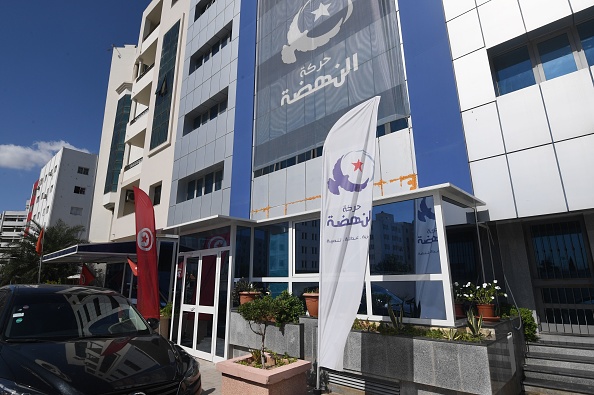 Ennahdha called seizure of Noureddine Bhairi a ‘dangerous precedent’ that foreshadows a slide towards ‘tyranny’.

Tunisia’s Ennahdha says security forces have detained a senior party official, denouncing what it described as an illegitimate attempt to silence political opposition in the country.

In a Facebook post on Friday, the party with the largest number of seats in Tunisia’s suspended parliament said plainclothes agents had taken Noureddine Bhairi and his sister-in-law, the lawyer Said al-Akrami, to an unknown destination.

“The Ennahdha movement strongly denounces this dangerous precedent, which foreshadows that the country will enter the tunnel of tyranny and extinguish political opposition outside the framework of the law,” the statement said.

President Kais Saied dismissed parliament and seized governing powers in late July, in a move his opponents branded a coup.

Since Saied’s intervention, several senior politicians and business leaders have been detained or subjected to legal prosecution, often involving cases of corruption or defamation.

A Tunisian court on December 23 sentenced former president and Saied critic Moncef Marzouki in absentia to four years in prison for “assaulting” the security of the state, according to state media.

In a statement to Al Jazeera, Marzouki rejected the ruling as illegal, saying it was “issued by an illegitimate president who overturned the constitution”.

Human rights groups have criticised some of the arrests and the use of military courts to hear such cases.

Saied has denied the coup allegations and promised to uphold rights and freedoms won in Tunisia’s 2011 revolution that ushered in democracy and triggered the Arab Spring uprisings across the region.

However, the former constitutional law professor has brushed aside the democratic 2014 constitution and given himself powers to rule by decree during a transitional period in which he will offer a new constitution to a public referendum.

Ennahdha was banned before the revolution but then became the most consistently influential party afterwards and a member of successive coalition governments.

Support for the party recently waned due to economic stagnation and the paralysis of its political system.