Skip to content
Breaking News
Jason Schwartzman Cast in Hunger Games Prequel Movie, The Ballad of Songbirds and Snakes Why Captions Are Suddenly Everywhere and How They Got There UK government takes stake in sex party startup Poland has some of the strictest abortion laws in Europe. Izabela Sajbor’s family say those laws are responsible for her death ‘Loved by Many’: TX Police Search for Suspect in Shooting Death of Pastor in Possible Road Rage Incident 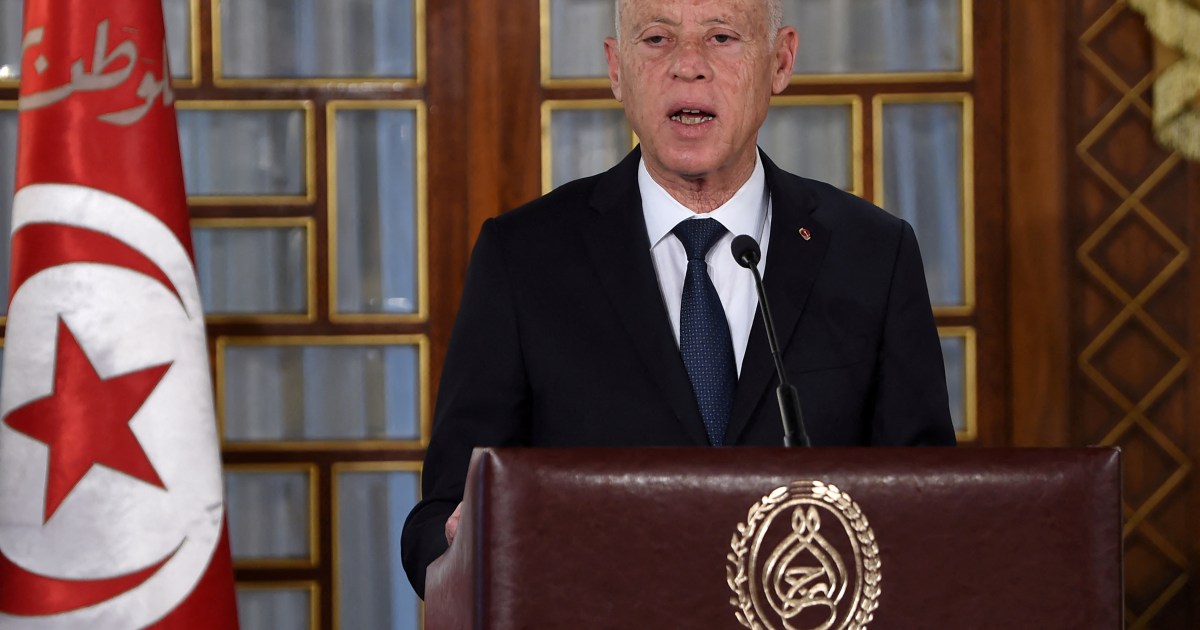 Tunisian President Kais Saied has dissolved an independent judicial watchdog, accusing it of bias and corruption.

Saied – who had dismissed the government and suspended parliament last July – said on Sunday that the Supreme Judicial Council was a “thing of the past”.

He accused council members of taking “billions” in bribes and delaying politically sensitive investigations, including into the assassinations of left-wing activists in 2013.

“In this council, positions and appointments are sold according to loyalties. Their place is not the place where they sit now, but where the accused stand,” Saied said in a speech in the interior ministry.

“You cannot imagine the money that certain judges have been able to receive, billions and billions,” he added.

Saied’s decision raises fears about the independence of the judiciary and caps months of his sharp criticism of Tunisia’s judges.

Last month, he revoked all financial privileges for members of the top judicial council, which was formed in 2016 and tasked with ensuring the independence of the judiciary, disciplining judges and granting them professional promotions.

The council’s dissolution on Sunday also comes on the ninth anniversary of the assassination of secular politician Chokri Belaid, with parties and organizations, including the powerful UGTT union, preparing to hold demonstrations later in the day to pressure the judiciary to hold those involved in terrorism accountable.

It is expected that Saied’s supporters also will protest in a second demonstration against the Supreme Judicial Council.

“I tell Tunisians to demonstrate freely. It is your right and our right to dissolve the Supreme Judicial Council,” Saied said.

Last month, police fired water cannons and beat protesters with sticks to break up an opposition protest against Saied, whose seizure of broad powers and declared plans to redraw the constitution have cast doubt on Tunisia’s decade-old democratic system and hindered its quest for an international rescue plan for public finances.

The president has initiated an online public consultation before drafting a new constitution that he says will be put to a referendum.

He has not brought major political or civil society players into the process.

“I hope I won’t get sepsis because then I won’t leave this place,” the 30-year-old…