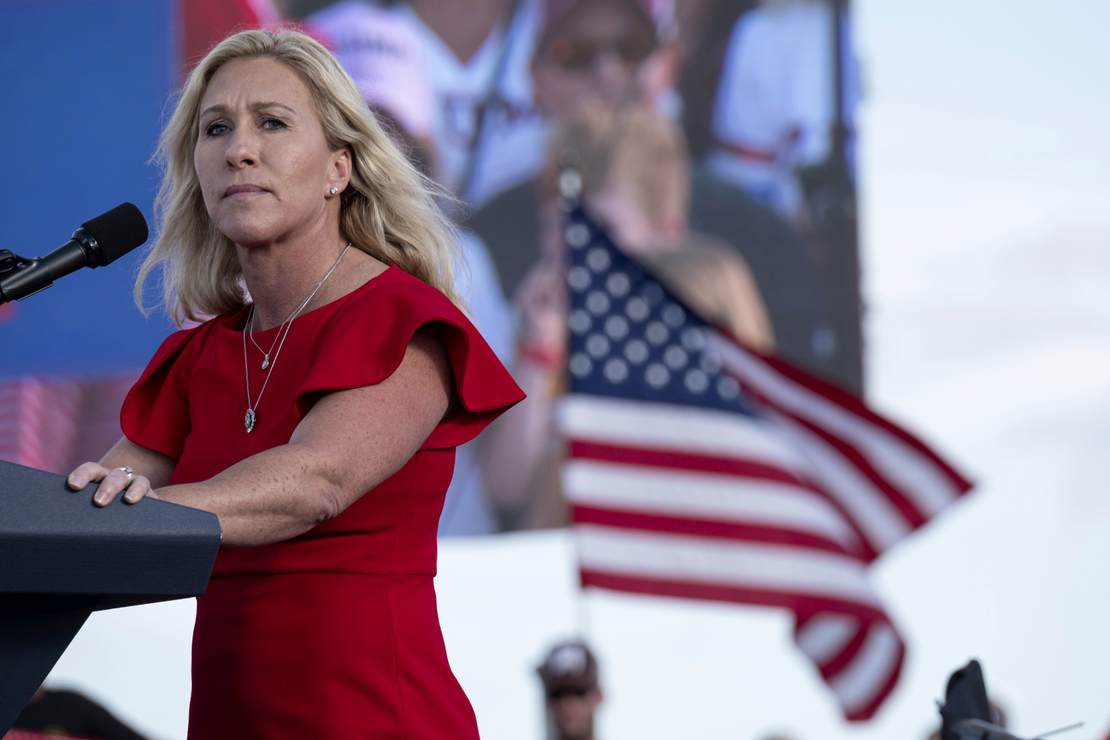 Twitter seems to have started the new year going on a rampage after a variety of accounts, including the personal account of Rep. Marjorie Taylor Greene (R-GA).

According to reports, Greene was permanently suspended on Saturday for “COVID misinformation.”

Precisely what Greene got winged for isn’t clear, but her last tweet was calling out Rep. Alexandria Ocasio-Cortez for spreading the fake conspiracy theory about Florida Gov. Ron DeSantis being “missing” — when he wasn’t missing at all.

DeSantis was both working and helping take his wife for cancer treatments. But AOC’s account is up, as are all the accounts that lied and spread the misinformation about DeSantis being “missing.” Indeed, they are still spreading it today, saying that the answer that he was helping his wife wasn’t acceptable, despite local media confirming he was not “missing.”

Now, that seems just an excuse to go after people, since what is “COVID misinformation” seems to change by the day, especially when it comes to the Biden administration and the liberal media. The whole concept of suspending for misinformation is bad to begin with, because it seems purely determined by what is acceptable according to whatever the current liberal political narrative is.

Greene wasn’t the only account on the right that gotten winged over the past week.

The media company Grabien was suspended for quoting the comments and sharing a video of the comments of Rep. Andy Biggs (R- AZ), in which Biggs comments on Big Pharma being against things “Like HCQ and Ivermectin Because of Economic Interests.”

Grabien founder Tom Elliott said they were told they were suspended for “violating the policy on spreading misleading and potentially harmful information related to COVID-19.”

Elliott said the suspension was “next-level Twitter absurdity” and noted prior questionable suspensions he’s gotten from Twitter before.

“Obviously, in this case, quoting an elected leader on an issue that matters to everyone is important and newsworthy, regardless of whether you agree,” Elliott tweeted. “(And I can’t help but add that his basic point was once mainstream among progressives.) I’ve appealed, making this point. However I have no confidence in Twitter doing the right thing and acknowledging this tweet did not violate its terms & conditions.”

As we previously reported, on Wednesday, the social media site permanently suspended noted virologist Dr. Robert Malone’s Twitter account for spreading “‘misinformation’ about the virus and vaccines” — after the AP posted a questionable fact check about him and what he said regarding the Omicron variant.

Twitter CEO Jack Dorsey was recently replaced by Parag Agrawal, who some view as far more extreme regarding speech. What he’s said is concerning.

He continued, “And so increasingly our role is moving toward how we recommend content and that sort of, is, is, a struggle that we’re working through in terms of how we make sure these recommendation systems that we’re building, how we direct people’s attention is leading to a healthy public conversation that is most participatory.”

You’re a platform, Parag. You shouldn’t be recommending any speech. That’s a rabbit hole that leads to many bad decisions, and we’re seeing that now. Indeed, it could even get you declared a publisher and regulation from the government. Bad move all around, in addition to stomping on the freedom of speech.