Home News UK anti-Semitism reaches record high in 2021, report says
The charity, which according to its website works to protect British Jews from anti-Semitism and related threats, said it recorded 2,255 anti-Jewish hate incidents across the country during 2021 — a 34% increase from the 1,684 it recorded in 2020.
The report detailed some of those incidents. They include a teenager who created his own online neo-Nazi group, referring to himself as “Hitler,” and a man who wrote anti-Semitic and conspiracist graffiti on bus stops in areas of north London with large Jewish communities.
CST said the record number of incidents was “driven by the huge rise in anti-Jewish hate and extremism during and following the escalation in violence in Israel and Palestine last year.”
In May 2021, a month when conflict in the Middle East intensified, a record 661 anti-Semitic incidents were recorded by CST, with another 210 incidents recorded in June.
“The type of incident that became emblematic of anti-Semitism during this period involved people driving through Jewish neighbourhoods in towns and cities across the UK, in vehicles draped with Palestinian flags or waving them out of the windows while shouting ‘Free Palestine’ and anti-Jewish abuse at random Jewish pedestrians who were singled out for being Jewish,” CST said.
UK Home Secretary Priti Patel called the statistics a “shocking and a stark reminder that the racism of antisemitism has not been eradicated,” adding that the Jewish community “has been subject to appalling hatred.”
“I continue to support the police to ensure they have the resources to tackle these despicable incidents so that perpetrators can then be punished with the full force of the law,” Patel said.

More than a third of all anti-Semitic incidents in 2021 “involved language, imagery or behaviour that referenced the conflict in the Middle East or demonstrated anti-Zionist motivation alongside antisemitism,” according to the CST report. 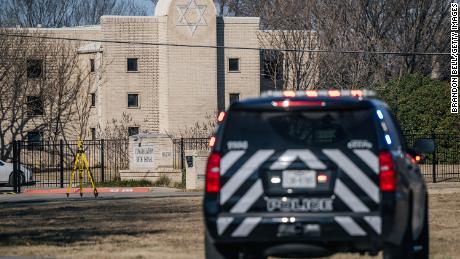 “In 120 incidents, explicitly anti-Jewish remarks were made alongside calls for the destruction of the State of Israel,” CST said, adding that there were 502 incidents in which offenders used far-right or Nazi-related discourse, including 90 instances of “‘Holocaust celebration’ in which perpetrators celebrated the Nazi genocide of the Jewish people or expressed a wish for it to happen again.”
The charity also said it had recorded 49 anti-Semitic incidents that contained discourse relating to Islam and Muslims in 2021, a significant increase from the eight recorded the previous year.
A total of 176 violent anti-Semitic incidents were recorded by the charity in 2021, an increase of 76% from the 100 violent incidents recorded in 2020. Of these violent incidents, three were cases of “extreme violence,” CST said, meaning they involved potential grievous bodily harm or a threat to life.
Other anti-Jewish hate incidents that were recorded included damage and desecration of Jewish property, abusive behavior, including verbal abuse, abuse via social media and direct anti-Semitic threats.
2021 was also notable for a record high number of anti-Jewish hate incidents involving schools, school students and teachers, the report said, with 182 incidents reported — more than half of which involved Jewish children or staff at non-faith schools.
It is unusual for such a high proportion of school-related incidents to take place at non-faith schools, according to the charity, which said it had supported children and teachers “who felt isolated and fearful about returning to their place of education and work.”
In addition, 128 university-related incidents were reported to CST, the highest number the charity has seen in a calendar year since it began recording incidents in 1984.

The surge in anti-Jewish hate also coincided with the relaxation in May of many pandemic-related restrictions in Britain, according to the report. 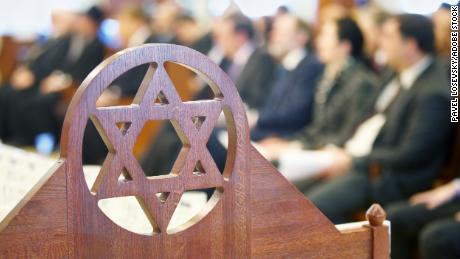 “It is possible that the loosening of Covid restrictions, coinciding with the war in Israel and Gaza — a subject that triggers strong emotional responses — provided people with a potential release from months of lockdown-induced frustration,” it said.
“Those who wish to spread anti-Jewish hate have innovated during the pandemic,” it said, pointing to 16 reports of video conferencing events being hijacked with anti-Semitic material in 2021. CST added it had recorded a rise in incidents containing anti-Semitic rhetoric alongside references to the pandemic.
While recorded online anti-Semitic incidents dropped by 13% in 2021 — marking the second year in a row in which online incidents fell — CST said this understates the true scale of online anti-Semitism.
“These record levels of anti-Jewish racism, reported by our Jewish community to CST and police, show how difficult last year was for Jews across Britain. These hatreds boil away, taking any excuse to publicly burst out against Jews,” Mark Gardner, CST’s chief executive, said.