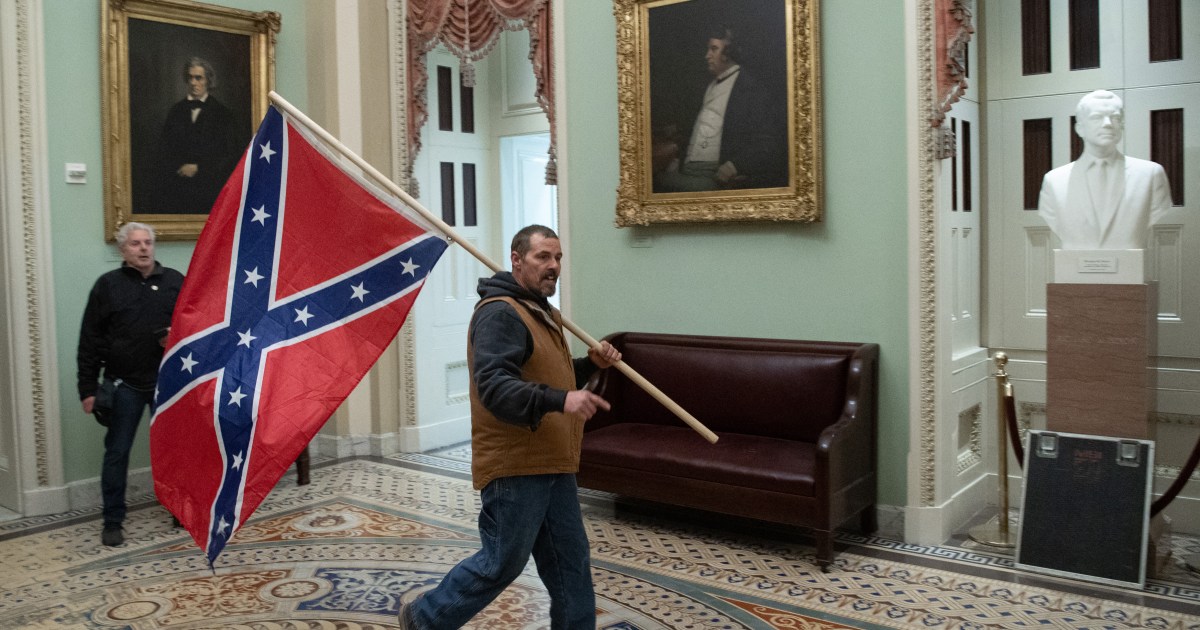 Despite communicating for months, the panel says the platforms have not provided adequate information.

The House of Representatives panel investigating the deadly January 6, 2021 riot at the United States Capitol subpoenaed the parent companies of Facebook, Google, Twitter and Reddit for information about how their platforms were used to spread misinformation in a failed bid to overturn the 2020 election results.

The subpoenas are the latest issued in the congressional probe, which seeks to create a clearer picture of the circumstances surrounding the storming of the seat of the US legislature and the role played by former President Donald Trump in encouraging the attack.

In a statement released on Thursday, the House Select Committee’s Chairman Bennie Thompson said despite “months of engagement” with the tech goliaths, the companies had not provided adequate information.

“Two key questions for the Select Committee are how the spread of misinformation and violent extremism contributed to the violent attack on our democracy, and what steps – if any – social media companies took to prevent their platforms from being breeding grounds for radicalising people to violence,” Thompson said.

“We cannot allow our important work to be delayed any further.”

The companies have until January 27 to comply with the order.

Meta, the parent company of Facebook, said it turned over documents on “a schedule committee staff requested – and we will continue to do so”.

Google, meanwhile, said it has cooperated with the committee by “responding substantively to their requests for documents”.

“We have strict policies prohibiting content that incites violence or undermines trust in elections across YouTube and Google’s products, and we enforced these policies in the run-up to January 6 and continue to do so today,” Google said.

The committee made its initial request for documents from 15 social media companies in August. That list also included TikTok, Parler, Telegram, 4chan and 8kun.

The investigation comes amid a wider debate over social media companies’ responsibility when it comes to policing misinformation on their sites, with critics saying initiatives, notably those undertaken by Facebook and Twitter, to label or remove false or incendiary content on their platforms have fallen woefully short.

All major social media sites banned Trump in the wake of the January 6 riot for his role in encouraging supporters to stop the certification of the election victory of President Joe Biden.

To date, the House committee has interviewed more than 340 people and issued dozens of subpoenas to those in Trump’s inner circle, including his former chief of staff, as well as requests to their own colleagues in the House.

On Wednesday, the committee requested an interview with House Minority Leader Kevin McCarthy.

However, McCarthy as well as Republican legislators Jim Jordan and Scott Perry swiftly joined a long list of Trump allies who have refused to sit down for interviews with the committee or turn over documents related to their conversations.