Home News US-Iran talks near endgame: Here's what to look out for
There have been enough indications of progress from both sides to suggest that negotiations have entered a critical phase, but a number of issues remain unresolved.
Those include the scope of sanctions relief for Iran, sequencing of events, verification mechanisms, Iran’s compliance process, Tehran’s demand for guarantees the US will stick to the deal, says Sanam Vakil, senior research fellow at London’s Chatham House think tank.
The latest sign of progress came on Friday when the US restored sanctions waivers. The waivers, rescinded under former President Donald Trump, had allowed Russian, Chinese and European companies to carry out non-proliferation work to make it harder for Iranian nuclear sites to be used for weapons development. The State Department hopes the waiver restoration will help the talks in Vienna.
Here are some issues to watch out for that may give an indication of how the talks will progress:
“Maximum pressure” sanctions
The term refers to sanctions imposed by the Trump administration that go beyond those imposed by the 2015 nuclear agreement, aimed at putting pressure on the Islamic Republic to renegotiate the pact after Trump abandoned it in 2018. Iran has said that it won’t accept a new deal that doesn’t remove Trump’s sanctions.
Some of those sanctions, which were imposed over human rights and terrorism issues, may be harder to justify lifting, say Vakil and Michael Horowitz, head of intelligence at Le Beck International, a risk management consultancy in Bahrain. It may be in the US’ interest to keep those sanctions as continued leverage on Tehran, according to Horowitz.
Face-to-face talks
Despite Washington’s repeated calls for face-to-face talks, Iran has refused to sit at the table with American diplomats, opting instead to negotiate via intermediaries until the US offers a “good agreement.” But late last month, it indicated for the first time that it would be open to direct negotiations. If the two sides find themselves at the same table in future talks, consider it a significant development, but Horowitz says it may be too early for such a move given the domestic backlash in Iran at the suggestion last month.
Fate of dual nationals held in Iran
Four Iranian-Americans are imprisoned in the Islamic Republic, an issue the US says is being used by Tehran to strengthen its hand in negotiations. America had previously said that talks on the prisoners were separate from the nuclear negotiations, but US Special Envoy for Iran Rob Malley recently indicated that a new nuclear deal was unlikely to be reached without Iran releasing those prisoners.
Guarantees of adherence to the pact
Iran has insisted that it won’t return to a deal that can be abandoned once again, and has demanded guarantees that it won’t pull out in the future. Diplomats have rubbished the demand as unrealistic.
“I don’t see how the US would commit to not walking back on the deal,” says Horowitz. “But there are, I think, some creative ways that the US and Europe, can [use to] reassure Iran.” For instance, the Europeans could work to mitigate the impact of a future US withdrawal, he says.
“The US can curate a portfolio of transactional assurances that can help Iran sell the deal back home as being a sustainable and viable one,” says Vakil.

Iraq cancels vote for new president after court postpones frontrunner’s nomination
Most of Iraq’s parliament boycotted a session Monday to elect a new head of state, indefinitely postponing the vote. The boycott came after the Federal Court suspended the nomination of Hoshyar Zebari, a frontrunner for the presidency.
Tunisia’s power struggle escalates as president moves to sack judicial council
Police closed the building housing the Supreme Judicial Council in Tunisia a day after the president moved to dissolve the country’s top legal body. The council has rejected the president’s move, saying it will continue to carry out its duties.
China says Saudi crown prince missed opening ceremony due to scheduling issue
Saudi Arabia’s Crown Prince Mohammed bin Salman didn’t attend the Beijing 2022 opening ceremony due to “his schedule,” China’s Ministry of Foreign Affairs said in a statement.

Forestation work is causing Bedouins in southern Israel to fear displacement from their homes in the Negev desert. Many live in fear that police could remove them without any warning, forcing them to join Israeli society and leave their nomadic lifestyle behind. Watch Hadas Gold’s report on a conflict over land rights. 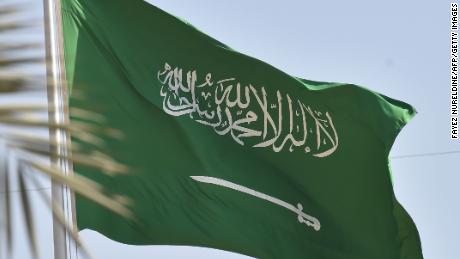 A perceived plan to change the Islamic-inscribed flag of Saudi Arabia has caused a storm on social media, Celine Alkhaldi reports.
The kingdom’s Shura Council, an advisory body appointed by the king, unanimously approved last week a draft amendment to a 50-year-old policy governing the flag and national anthem. The decision, perceived by some as an attempt to distance the country from Islam, stirred controversy that prompted the government to issue a clarification.
The government’s Anti-Rumor Authority responded to the outcry by tweeting a statement denying “the news circulating about changing the contents of the Saudi flag and national anthem.”
The Saudi flag is inscribed with the Islamic testament of faith: “there is no god but God; Mohammed is the Messenger of God”. Its color, green, is associated with Islam. Religion pervades most aspects of life in the kingdom, but its influence, as well as that of the clergy, has been significantly curtailed under Crown Prince Mohammed bin Salman.
Some of his reforms, including allowing gender mixing, concerts and lifting of restrictions on women, have been welcomed by some, but left others disgruntled in the birthplace of Islam. Some opponents of the flag policy change linked it to efforts at liberalizing the kingdom.
Lawmaker Saad al-Otaibi, who presented the proposal to the council, explained that adjusting the policy would prevent desecration of the flag, local media reported. Changes include defining places and times of the flag’s hoisting.
The change was intended to align with the kingdom’s “path to modernity,” he added.

Jordan’s King Abdullah II marked the 23rd anniversary of his accession to the throne on Monday. As the eldest son of King Hussein, Abdullah assumed power when his father died. His leadership has focused on modernizing domestic and foreign policy; on a global scale, the king has backed initiatives to combat terrorism by working with the US and prioritized stability in the region by supporting Arab-Israel peace agreements. 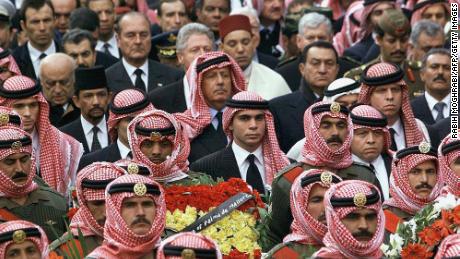 Last year, his palace faced turmoil as his former heir and half-brother Prince Hamza was found to be plotting to “destabalize” the kingdom in cohorts with foreign parties. Protests against the economic situation in the country aren’t uncommon, and sometimes turn violent, Tasmiyah Randeree reports. 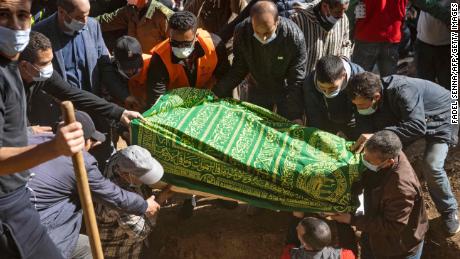 Crowds gather in northern Morocco on Monday to attend the funeral of five-year-old Rayan Aourram, who died after being trapped in a well for four days, in a tragedy that led to a global outpouring of sympathy.