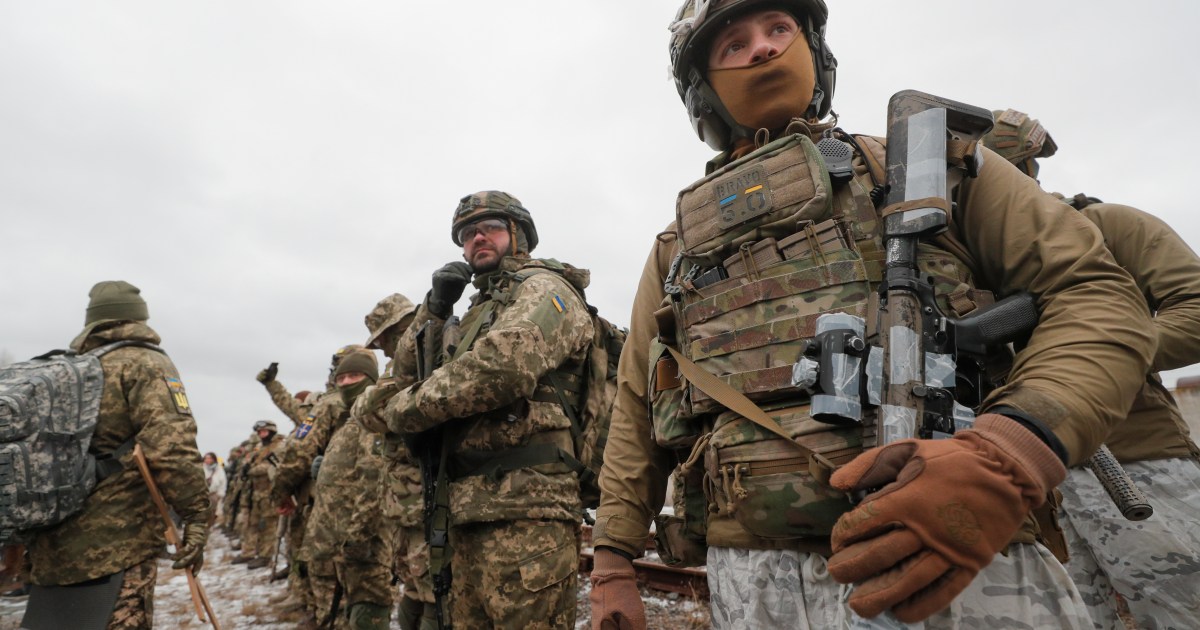 State Department warns it will not be able to evacuate US citizens in event of Russian military action.

The US State Department is advising Americans in Ukraine to leave the country immediately, citing the threat of Russian invasion amid the ongoing crisis in Eastern Europe.

In a travel advisory updated on Thursday, the United States also urged its citizens who remain in Ukraine to exercise caution due to “potential combat operations should Russia take military action”.

“Do not travel to Ukraine due to the increased threats of Russian military action and COVID-19; those in Ukraine should depart now via commercial or private means,” the advisory said.

There are four levels of US warning, the lowest being “exercise normal precautions”.

Ukraine is already at the highest “do not travel” level because of COVID-19 and tensions with Russia. But for Americans already in Ukraine, the previous advisory said they “should consider departing” from the country.

The new guidelines also warned Americans that the “US government will not be able to evacuate” them in the case of Russian military action anywhere in Ukraine.

“Military action may commence at any time and without warning and would also severely impact the US Embassy’s ability to provide consular services, including assistance to US citizens in departing Ukraine,” it said.

The Russian military has been amassing troops near the country’s border with Ukraine, sparking a diplomatic crisis and heightening fears in the US and Europe that Russia may be preparing for an imminent invasion of its neighbour.

Russia has denied that it is planning to invade Ukraine, but it has vehemently opposed its neighbour’s efforts to join NATO.

Moscow wants security guarantees that the US-led alliance will stop its expansion into former Soviet republics, but Washington and NATO have rejected the demand as a “non-starter” while saying they are open to discussing arms control measures in Europe.

US officials have warned Russia of severe economic consequences if it invades Ukraine, underscoring that a war would be “horrific” for civilians in the region.

Last week, President Joe Biden suggested that US citizens in Ukraine should not stay in the country.

“I think it’d be wise to leave the country. I’m not talking about our diplomatic corps; I’m talking about Americans who are there,” he said. “I’d hate to see them get caught in a crossfire if in fact they did invade. And there’s no need for that. If I had anyone there, I’d say leave.”

He reiterated that message in an interview with NBC News, parts of which were released on Thursday.

“American citizens should leave now,” Biden said, stressing that his administration would not send troops to evacuate US citizens in the case of a war.

Last month, Washington ordered the departure of family members of staff at its embassy in Kyiv, and it also allowed non-essential employees to leave voluntarily.

Early in February, the US military deployed additional troops to Eastern Europe in what it called a signal of Washington’s commitment to the security of NATO members in the region.

But US officials have ruled out a military confrontation with Russia if it decides to carry out an incursion into Ukraine, which is not a member of NATO.