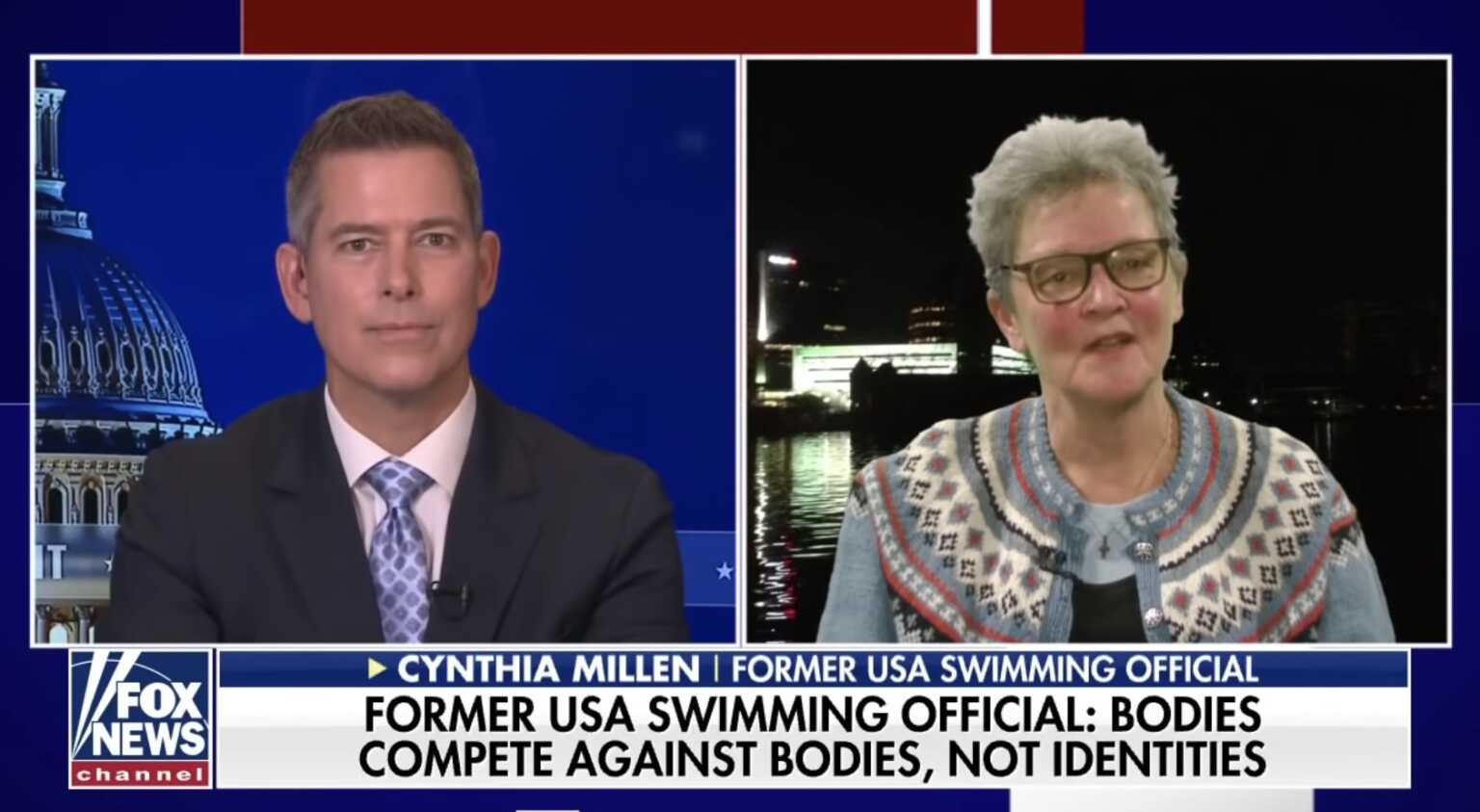 A veteran swimming official with three decades in the sport has resigned in protest of the allowance of a biological male to compete on a female swimming team.

Cynthia Millen delivered a resignation letter on Dec. 17 to USA Swimming, in which she said she can no longer take part in a sport that allows “biological men to compete against women.”

“Everything fair about swimming is being destroyed,” she wrote.

Millen’s resignation and rebuke surround transgender swimmer Lia Thomas, a biological male who has been permitted to play on the women’s swimming team at the University of Pennsylvania after spending three years on the men’s team, as The Christian Post reported.

“If Lia came on my deck as a referee, I would pull the coach aside and say, ‘Lia can swim, but Lia can swim exhibition or a time trial. Lia cannot compete against those women because that’s not fair,’” Millen wrote in her letter.

In an appearance Tuesday on Fox News’ “Tucker Carlson Tonight,” Millen doubled down, further explaining her reasoning surrounding the unfair nature of men competing against women:

“Swimming is a sport in which bodies compete against bodies. Identities do not compete against identities,” she said. “And from the very beginning, when you start out as an age grouper, swimmers are divided by sex and by age group.”

Millen said swimming has always recognized that boys and girls “swim differently” and that there are physical attributes that put boys in a truly advantageous position.

“Boys will always have larger lung capacity, larger hearts, greater circulation, a bigger skeleton, and less fat,” she said. “Girls go through puberty, and they have a double whammy. They not only grow breasts and hips but they have periods and they often have a totally different center of gravity. They have to learn how to swim over again.”

Despite contending that “Lia Thomas is a child of God,” she said “he is a biological male” and that this fact cannot be erased, regardless of how many “testosterone suppression drugs he takes.”

Millen even warned that Thomas could end up “destroying women’s swimming.”

As for the reaction to her resignation and vocal defense of her position, the former USA Swimming official said she has received a great deal of support.

“I’ve gotten a lot of kind comments from fellow officials, former officials, and from parents of swimmers, and swimmers,” she said.

As Faithwire previously reported, some members of the University of Pennsylvania women’s swimming team have also spoken out against Thomas’ participation. One anonymous athlete told Outkick that placing Thomas on the women’s team was “the wrong thing to do.”

“Pretty much everyone individually has spoken to our coaches about not liking this,” the unnamed swimmer told Outkick. “Our coach [Mike Schnur] just really likes winning. He’s like most coaches. I think secretly everyone just knows it’s the wrong thing to do. When the whole team is together, we have to be like, ‘Oh, my gosh, go Lia, that’s great. You’re amazing.’ It’s very fake.”

Parents of at least 10 of the University of Pennsylvania swimmers also reportedly fired off a letter earlier this month calling on the NCAA to change rules that have allowed Thomas to overtake females in the sport.

Thomas reportedly meets the “established criteria” for the NCAA, which calls for biological men who identify as females to undergo testosterone suppression treatments for at least a year before being permitted to compete on women’s teams, as The Christian Post explained.

It’s unclear what will happen next, as the debate surrounding the contentious situation doesn’t seem to be tempering.