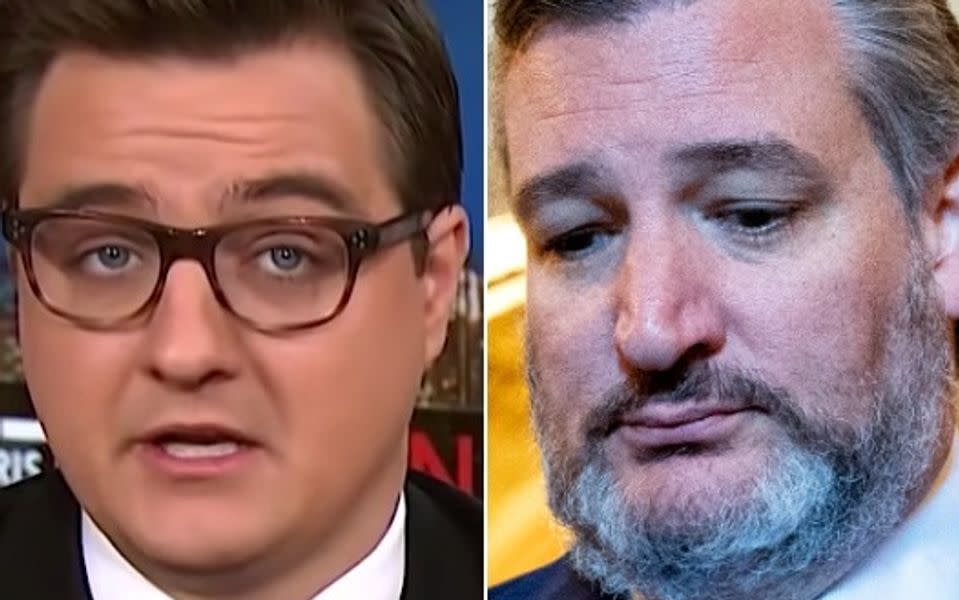 Hayes said it’s all because of an “utterly humiliating” appearance on Fox News in which Cruz had to “beg for forgiveness” from Tucker Carlson for calling the assault a “terrorist attack.”

Carlson, on the other hand, has aired wild conspiracy theories about Jan. 6 and defended the attackers.

“Today, he is, of course, out attacking Mitch McConnell, which is the point of all of this conditioning that those folks are up to, hoping Trump or Tucker’s watching, and will tell him that he’s a good boy,” he said.

This week, McConnell described the Jan. 6 attack as “a violent insurrection.” Cruz, in turn, accused McConnell of repeating “the political propaganda of Democrats.”

Hayes said Carlson must be pleased.

“But while Mitch McConnell is demonstrating something approaching common sense…the sad Senator from Texas is going in the opposite direction as per usual,” says @chrislhayes on Ted Cruz groveling for Tucker and Trump’s approval by attacking McConnell’s comments about Jan. 6. pic.twitter.com/uvVucun3UF

This article originally appeared on HuffPost and has been updated.