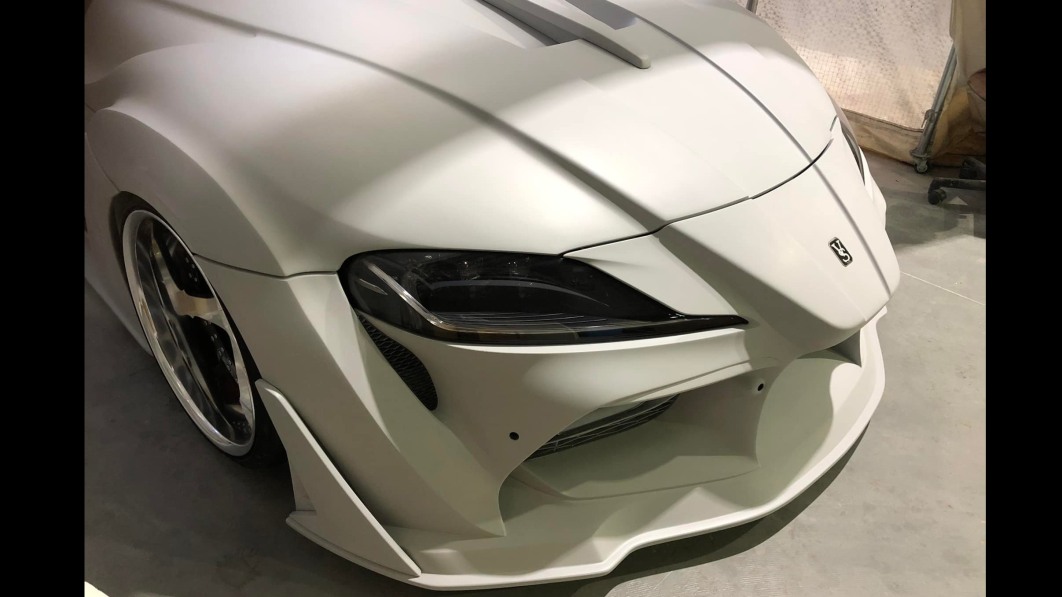 Manufacturers like Nissan and Subaru will have interesting things at the 2022 Toyota Auto Salon, but so will a cavalcade of aftermarket companies. A notable one is VeilSide, the Japanese tuning company founded and still run by Hironao Yokomaku and was probably made globally famous by the Fast & Furious franchise. But the operation has been around much longer and won its first show award at the 1991 Tokyo Auto Salon, a decade before The Fast and the Furious began teaching us about the importance of family. Carscoops reports that Yokomaku is working on a new Toyota Supra body kit for next month’s salon, images of which prove that the CEO hasn’t lost his obsession with everything over-the-top.

For now, we only have shots of the unpainted work-in-progress, some of which we’ve pulled from a Japanese video that takes a tour inside the VeilSide warehouse workshop. The Supra is going to feature a front clip that is as angry as it is exaggerated, an elevated nosecone hovering over a large front lip spoiler with aero strakes standing at attention on the sides. The intakes contained within will be scooping up massive amounts of air. This flows back into a new hood with punched-up bulges and a large air extractor as well as wider fenders bearing serious arches. Side sills extend like a plinth and connect the front to the widebody rear end. The backside shows off the GR Supra’s ducktail-like spoiler lined with exposed bolts presiding over an aggro, be-straked diffuser that could have come from a Gundam series. The package sits on a quartet of five-spoke VeilSide-branded wheels wrapped in low-pro rubber that just peek out from under the kit.

It’s nothing less than we’d expect from the firm. If you want to hear about the car in Yokomaku’s own words, and you speak Japanese, check out this video from the 8:40 mark.